This coming Sunday is Remembrance Day: a day to remember those who lost their lives in war.
We don’t take that sacrifice lightly, so it’s always an honour when Simon receives a war memorial commission.  Whether it’s a statue or a giant poppy, it’s an opportunity to both do his best as an expression of his own respect thankfulness. It’s also an opportunity to help others remember and be thankful. His best known example is probably the Airman at Highclere Castle. However, today, we’re going to revisit this World War I memorial soldier. 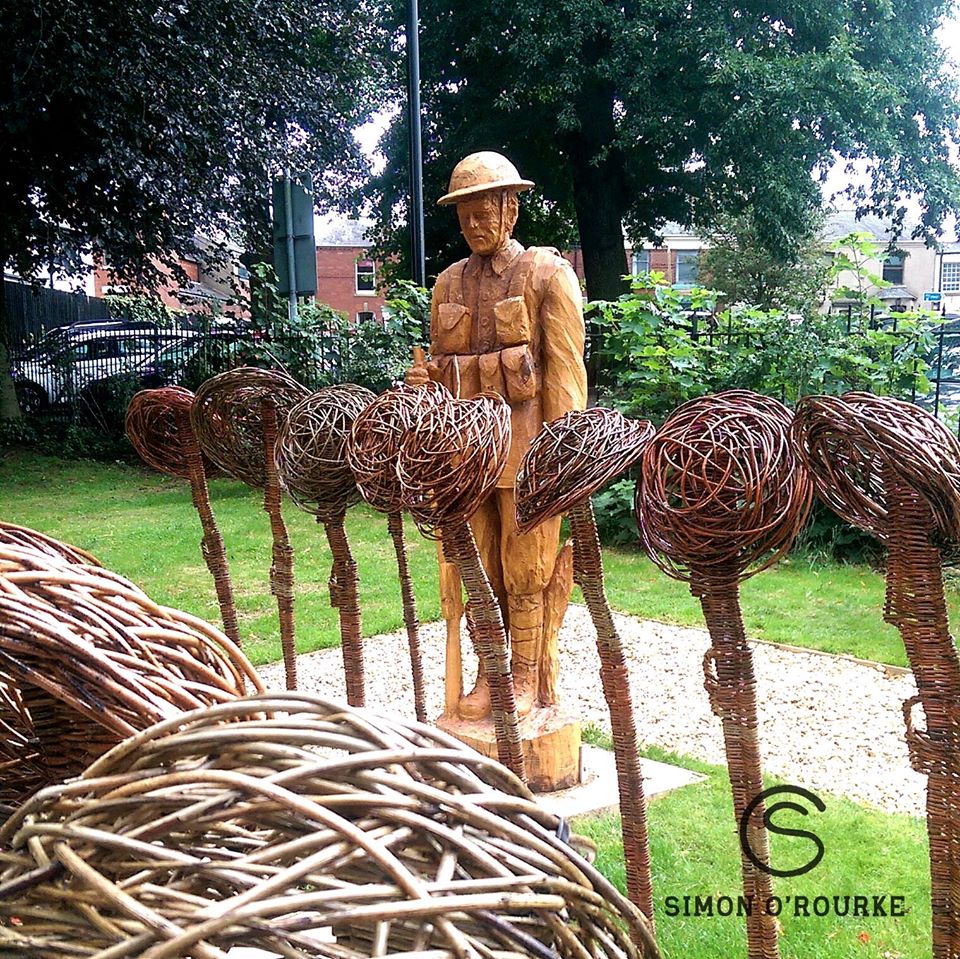 The World War I Memorial Soldier was commissioned by Chorley Council, and is installed in Astley Park. It is not their only tribute to those who died during war, and guests can take part in a  whole World War One experience which includes this Garden of Reflection. Estimates suggest nine to 11 million military personnel died during World War I. This soldier standing alone though encourages us to think not of the masses, but of the individual soldier who lost his life. The son, brother, uncle, friend. 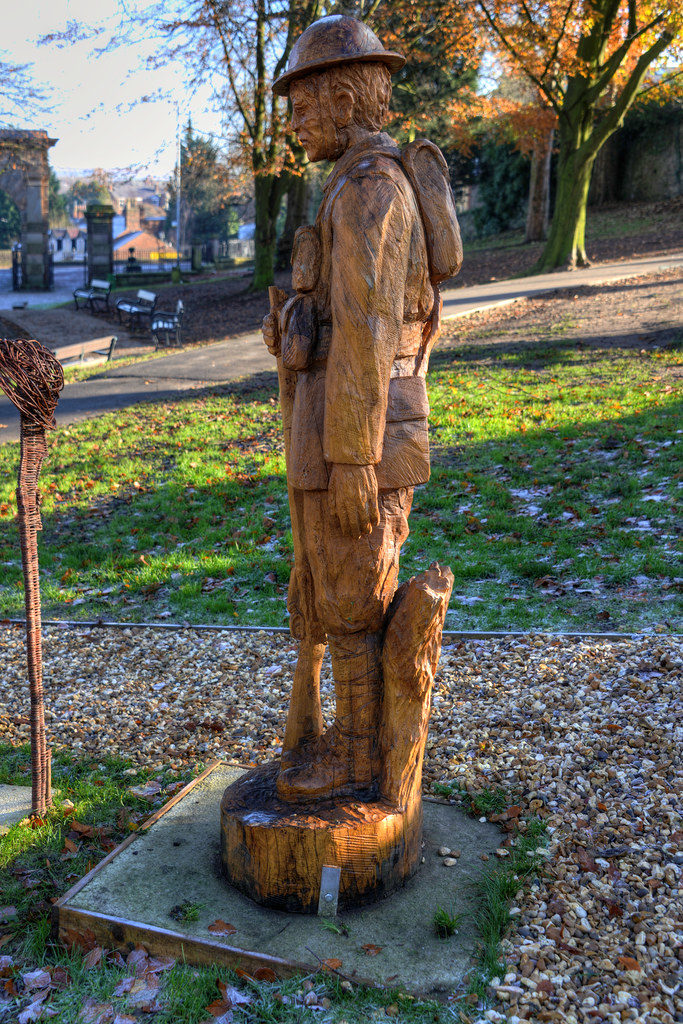 Looking at this soldier, it is easy to see some of the cost of war. The slump of his shoulders, and slightly hunched posture speaks of a fatigue. Maybe a disenchantment. His disheveled uniform and minimal weaponry tells us of men ill-prepared for the horrors of battle. And his face makes it clear he has seen loss and pain. The weathering of the wood and imperfections that appear over time, only enhance this portrait. This is not a soldier freshly out of boot camp, immaculate and passionate about his calling. This is a man who has given up everything and seen too much. And this man, and the millions like him are what we remember, with thanks. 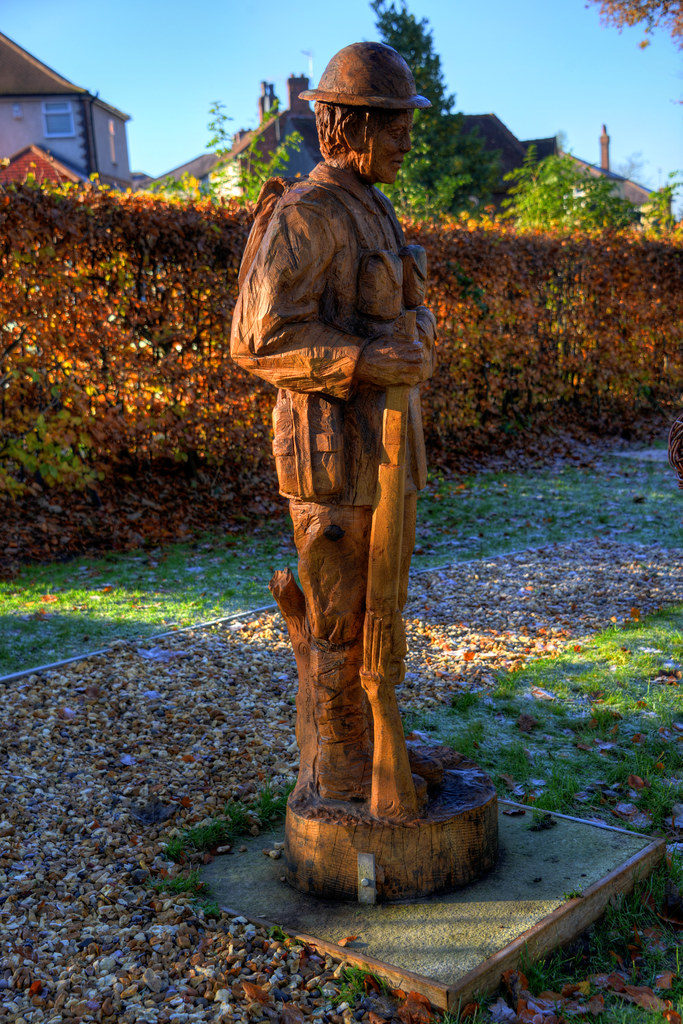 This World War One memorial soldier is only one of thousands of tributes around the country. We hope that as people look at this one, Simon’s skill in portraying this soldier’s story through sculpture will speak to them. That it will help people to think about what it is that was lost, not in terms of millions, but the cost to each family of ‘the one’.

Of course, we couldn’t JUST revisit this soldier. Another name for remembrance day is ‘poppy day’, so to finish, we naturally had to include some of the poppies he has made. Skilled as Simon is with human form, these sculptures have also helped to catch attention and capture beautifully the flowers which appeared in Flanders after World War I. 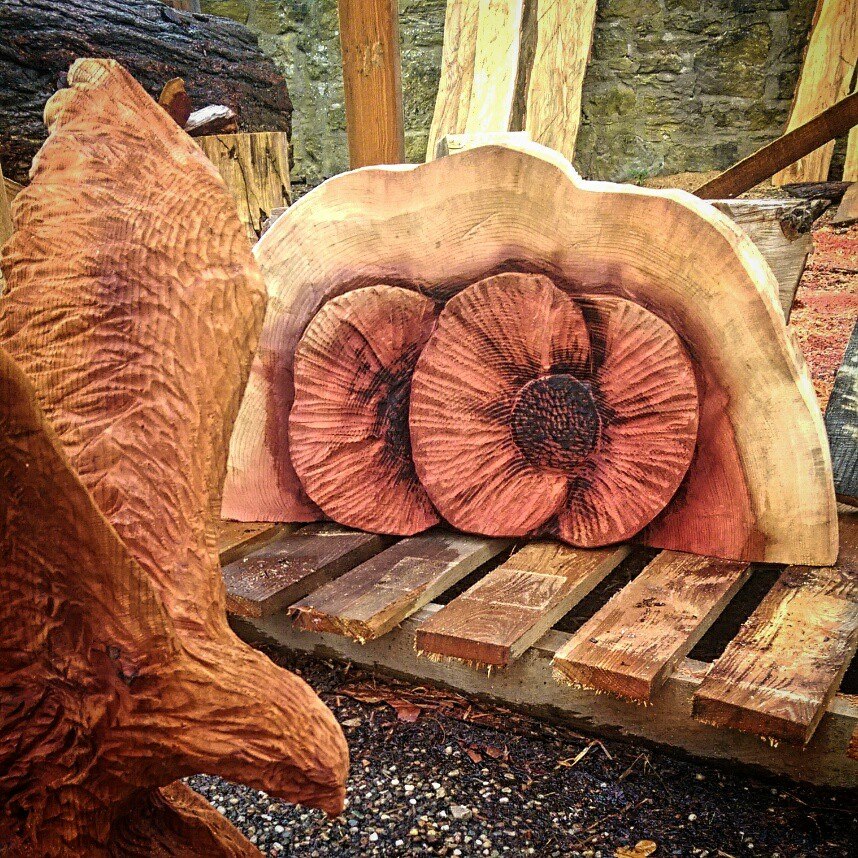 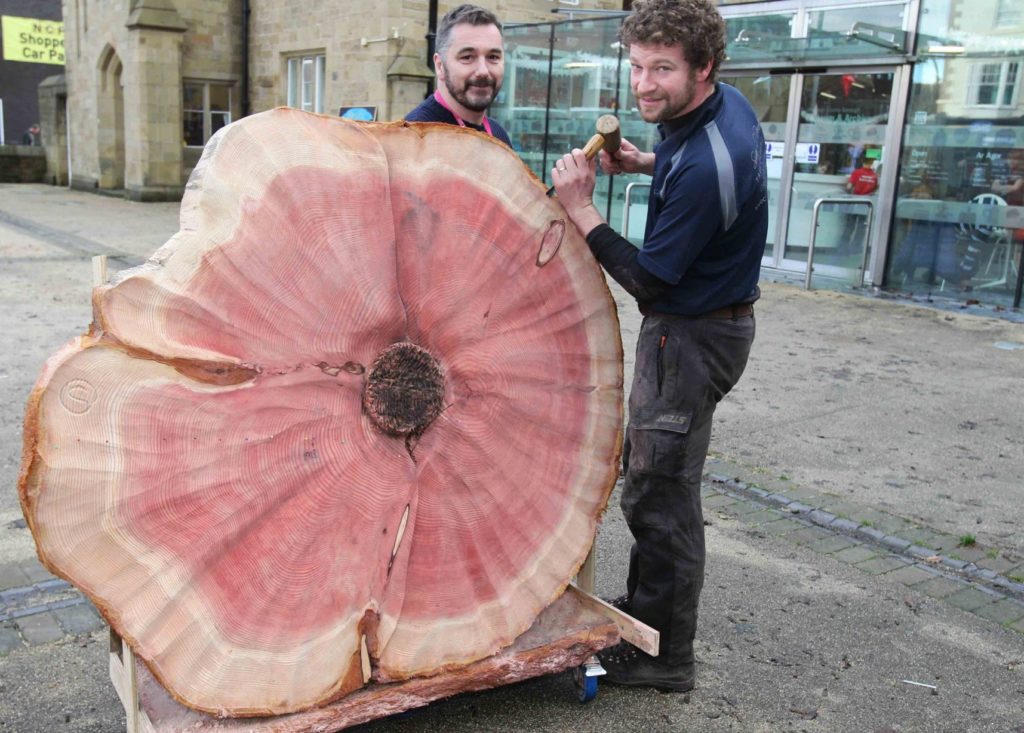 If you are interested in having your own memorial carved by Simon, why not email us on [email protected]

Whether it’s a specific person or thing, or something general, Simon is able to use his skills, imagination, creativity and attention to history and detail to create something perfect for your tribute.