This week a representative from What3Words approached Simon to ask about using images of the Giant Hand of Vyrnwy, sharing its location with their followers. Of course, the answer was yes! Simon already uses What3Words as part of his work, and has found it extremely helpful. And as soon as they contacted him, something clicked and another idea was born… 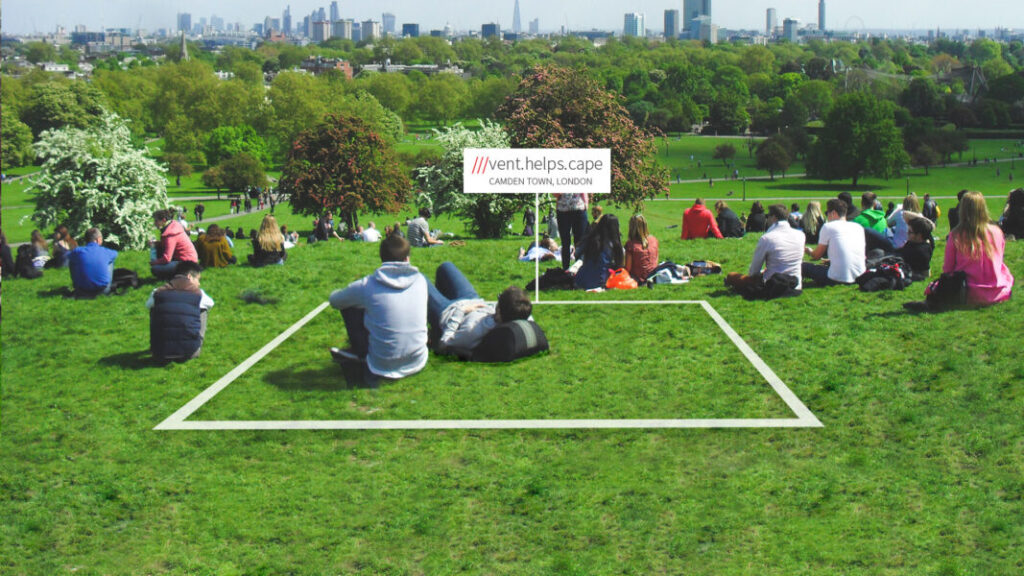 Before we talk about the what3words Chainsaw Carving Trail though, let us introduce what3words! For those who haven’t heard of it, what3words is a geocode system. It’s different to anything else out there because it assigns a three-word code to every 3m square of land. That means you can easily share and save precise locations using the website or app – No long GPS codes, and no vague addresses! It’s currently being used for e-commerce and delivery, navigation, emergencies and so much more, and has some massive benefits…

As we said, many industries are using what3words. As it directs you to a location within a 3m square of where you need to be, it is much more efficient than a vague address when dealing with roadside telegraph poles, sections of railway track, water pipes, and more. It is set up for voice input and even works when you have no data. All of this combined means it also has massive health and safety benefits, which is how Simon currently uses the app. 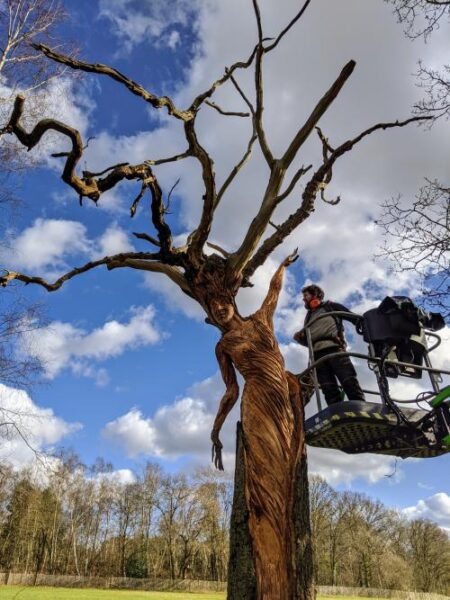 As you know from our health and safety and chainsaw basics blogs, safety is hugely important to Simon. He’s found that giving what3words locations for his worksite is a way of enhancing his safety practice:

Imagine you are working on a National Trust property or stately home, such as when he created the Ent, Gollum, and Shakespeare Seat sculptures at Poulton Hall, or the Airman at Highclere. The grounds are huge, and should there be an emergency (or even someone coming with some refreshments!) it can be difficult to explain exactly where to find him. This can cause frustration or even dangerous delays.

By giving a what3words location, people can see EXACTLY where he is working. 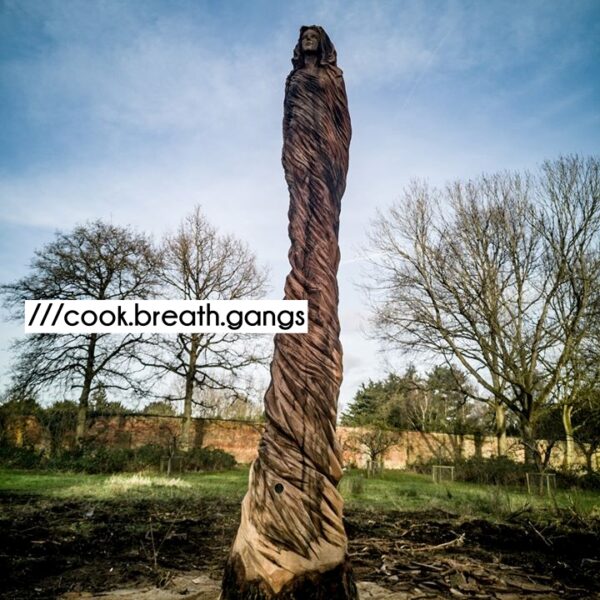 Now you know about the app and all its benefits, you’ve probably guessed where we’re going with the what3words chainsaw carving trail!

People often ask where they can see Simon’s sculptures. Sometimes this is easy to explain, as in most residential addresses. Sometimes it’s much harder as they are in a large area, such as the Giant Hand of Vyrnwy at the Vyrnwy Estate. Or perhaps they are visible from a long road like the Dragon of Bethesda on the A5.

Having been prompted by the contact from what3words, we’ve realised it would be really good to extend Simon’s use of what3words, and to share locations of public sculptures. 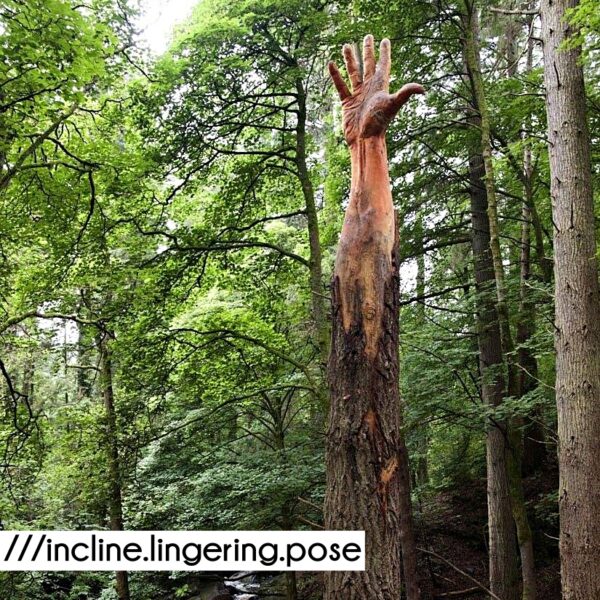 The Giant Hand of Vyrnwy will be much easier to find using this geocode!

How Can I do the What3Words Chainsaw Carving Trail?

At the moment the what3words chainsaw carving trail is in progress. But in the next week or so we will have a link set up which gives the locations of some of Simon’s most-requested sculptures. In time we will add to it, so it’s more comprehensive. In future, people will be able to easily see multiple sculptures within a reasonable distance of each other to visit. Or even plan a national road trip! It’s entirely up to you! The map will be visible in the browser or the app.

Until then, look out on social media for both Simon and what3words and we’ll be releasing some of the locations.

It’s exciting to see technology being used collaboratively to make it easier for people to experience Simon’s pieces! 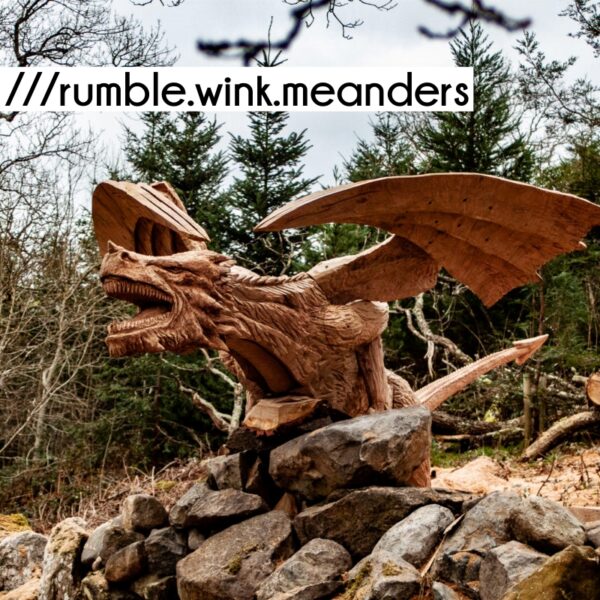 Now drivers can see exactly where the dragon is coming up on the A5 and hopefully there’ll be fewer sudden stoppages!

It’s great not just to be using this app for health and safety, but also to allow easier access to art. And to be raising awareness of the app! It has huge potential, and has already saved lives, which is awesome! Thank you to Alice at what3words for the email this week that prompted the trail! 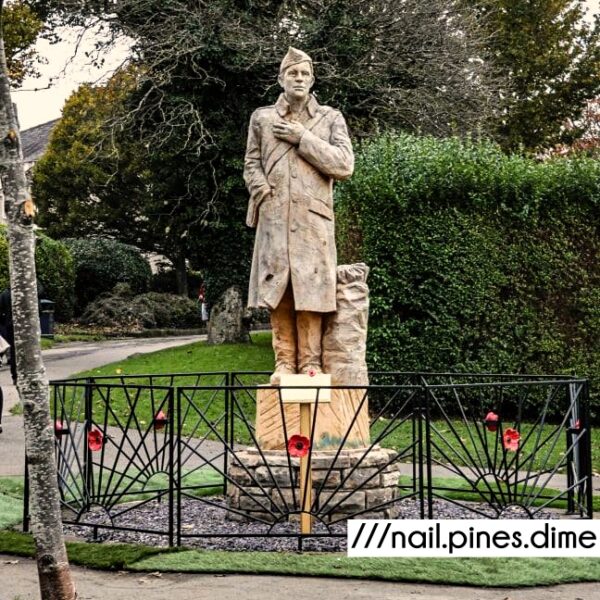