inIf you follow Simon on Facebook, Instagram, or Twitter, you’ll know he’s had a big project this week. He’s been down in East Finchley working on a sculpture for East Finchley Methodist Church. We’ll have more to share soon, but for this week, let us introduce you to his Susanna Wesley sculpture… 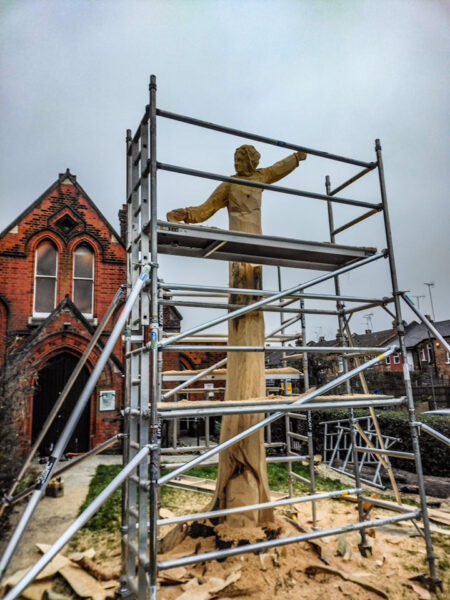 Background to the Susanna Wesley Sculpture

The Susanna Wesley sculpture was commissioned by East Finchley Methodist Church. The London church celebrates its bicentennial year this year, and they were keen to mark the occasion. They had a 20ft red cedar that had stood bare for over four years and decided to turn it from an eyesore into art… 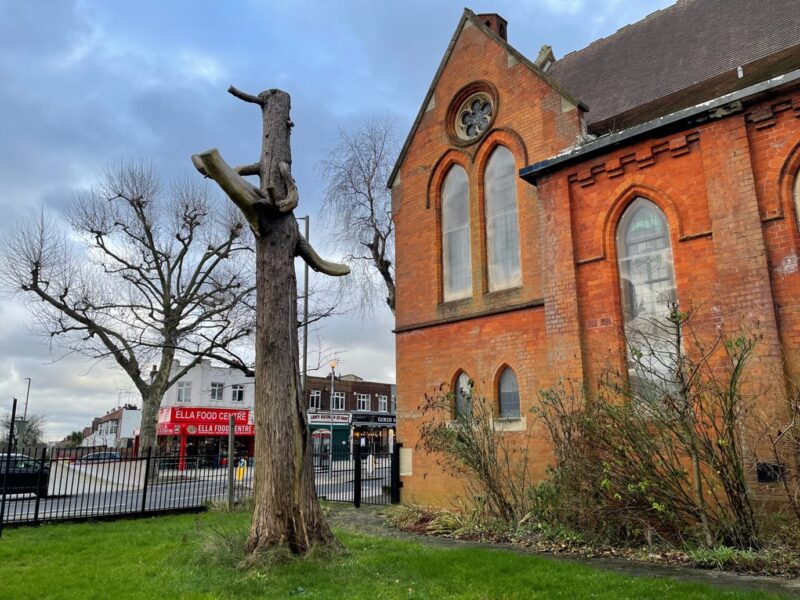 The bare cedar in the ground of East Finchley Methodist Church

When we asked people to guess who the sculpture might be, we had several guesses at various saints and even Jesus! Nobody guessed Susanna Wesley though, so why a sculpture of someone who didn’t seem an obvious choice? Who was Susanna Wesley and what’s the connection with the church? 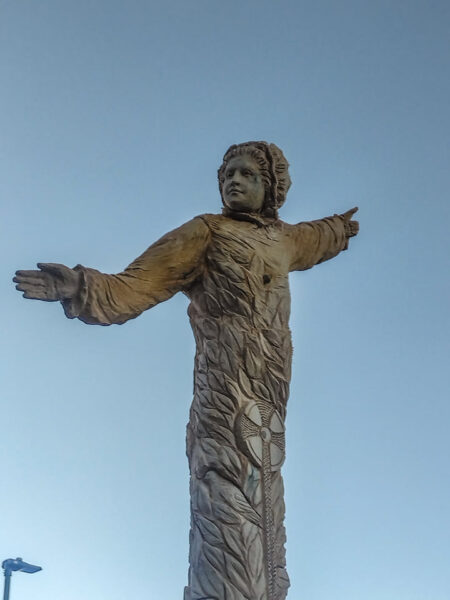 Why a Susanna Wesley Sculpture?

Susanna Wesley is known as called ‘The Mother of Methodism’. This is primarily because the Methodist movement was founded by two of her sons (John and Charles Wesley). However, more than this, she was part of the movement herself…

It is said that she attracted crowds of local people to her family services on Sunday afternoons. Senior church steward Jane Ray said “The bare branches looked to us like Susanna’s welcoming outstretched arms and we are excited to see Simon bringing this vision to life”. And so, the church chose to commission a sculpture of Susanna Wesley.

This is a perfect example of how a sculpture can point towards and share something of the story of a community. 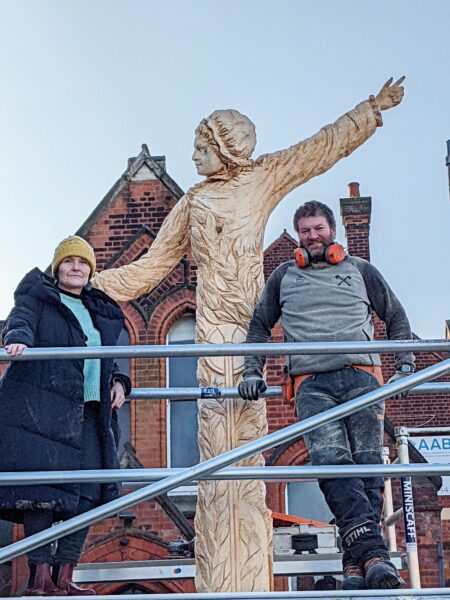 More Than Just a Sculpture

The sculpture isn’t the only thing the church is doing. It’s actually part of a larger garden renovation. The church is transforming the garden into an area for children and adults to come, as well as a new soft play area. They hope that, in the spirit of Susanna Wesley, the community will feel welcomed to their church through this area. 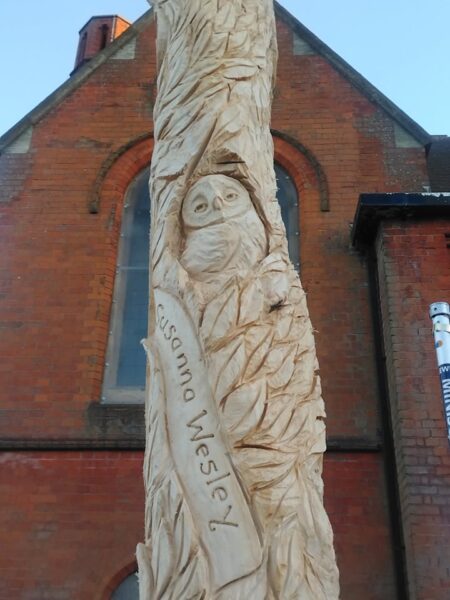 Simon had a busy few days working on the sculpture. As well as the portrait of Susanna Wesley, there are some lovely details. Simon created organic shapes, adding texture to the bark below the portrait. Animals also hide among the leaves.

It’s been lovely to see the excitement and anticipation for the sculpture. The church filmed and photographed the entire project, and a local primary school also visited the site and met Simon.

Fascinated, the students even took away a momento! It was a strange sight, but they worked together to take a 20ft strip of bark back to the school with them! 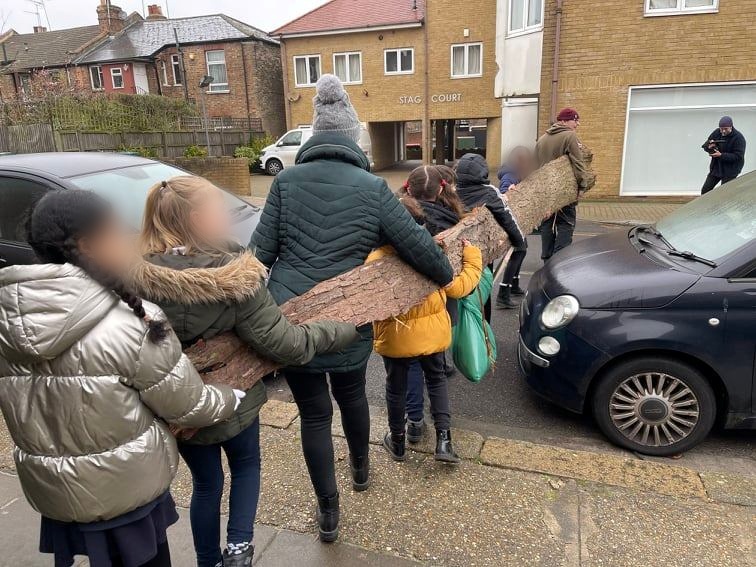 We’re excited to share more in the next few weeks. For now though, we hope you enjoyed this quick introduction to Simon’s Susanna Wesley sculpture.

Are you considering a sculpture for your community, home or business?
Contact Simon using the form at www.treecarving.co.uk/contact. 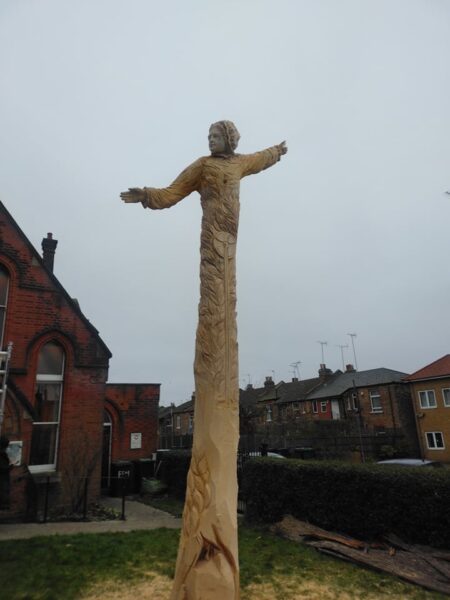