And just like that, Huskycup 2019 is over! After a week of carving by some of the best chainsaw carvers in the world, Blockhausen now has several dragons added to its exhibits – including the fabulous Water Dragon by Simon and Japanese tree carver Keiji Kidokoro.

As we wrote in THIS BLOG, Simon and Keiji had the freedom to make anything relating to the theme ‘dragons’. They decided to create a dragon which would reflect both their cultures, in an ‘east meets west’ Water Dragon. 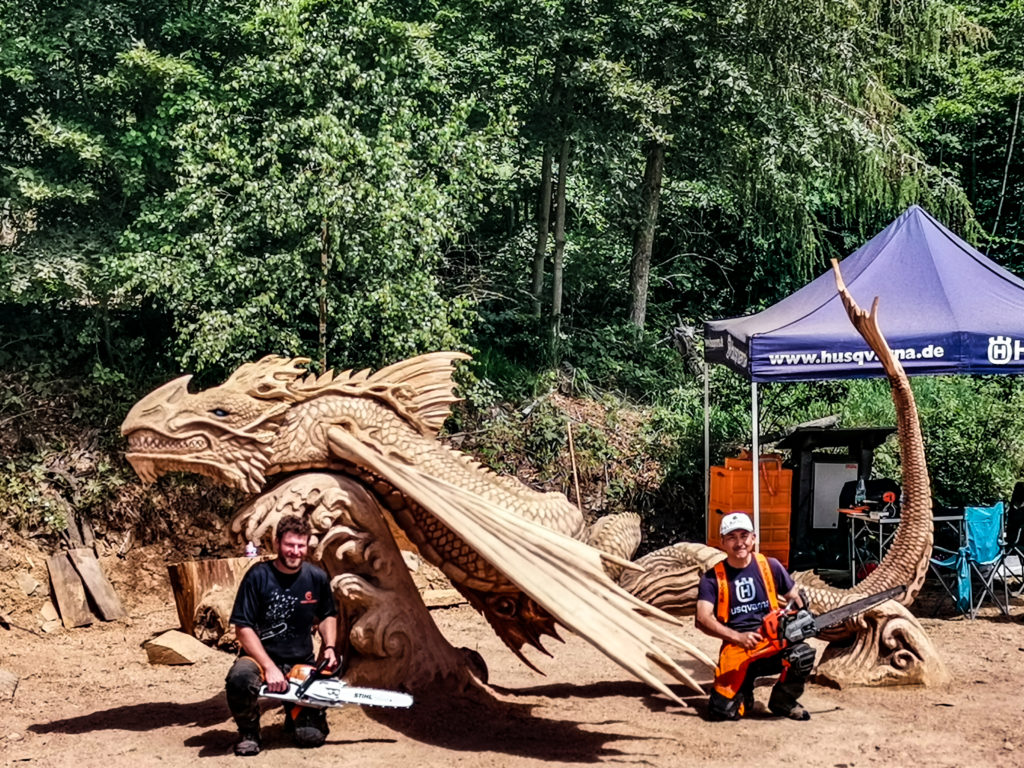 Simon and Keiji with the finished water dragon

Initially the dragon seems predominantly Asian because of the serpentine shape and the wave it rests on. Closer look shows a beautiful merging of the cultures though. For example, the wings are very much the scale of those seen in western interpretations of dragons. It also features a more typically western profile with the sloped nose. Up close, we can also see scales more consistent with the dragons of Hollywood movies than those of Asian design.
What other features can you see belonging to each culture? 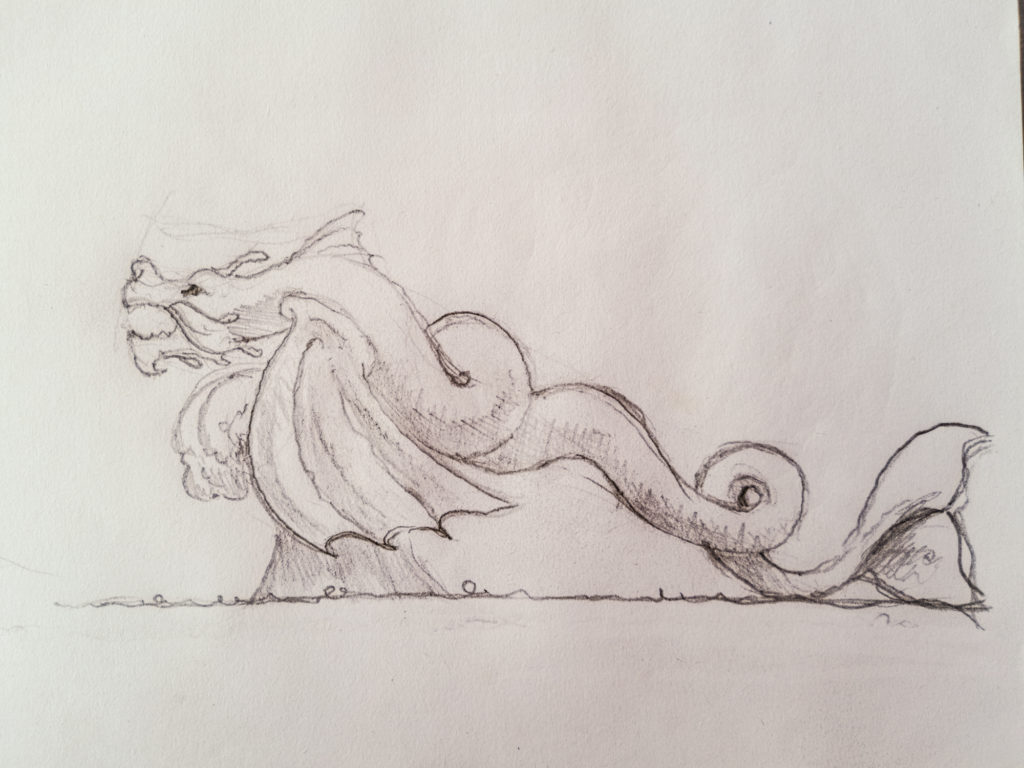 The initial concept sketch by Simon 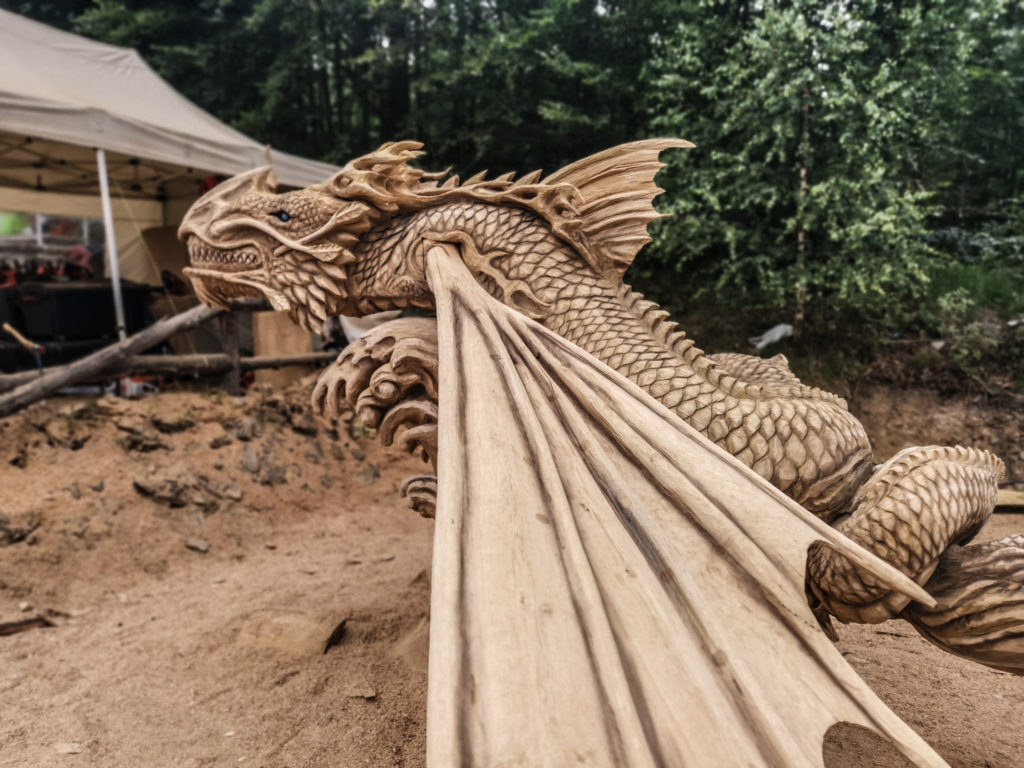 Part of the success of this dragon was working to each of their strengths. Simon and Keiji have carved together before (Japan 2015 & 2016) which was an asset when designing the piece. Simon imagined and drew the initial design, but very much incorporated Keiji’s skill in fine detailing and consistent texturing. Keiji is also talented with an airbrush, and painted the eyes and a piece of tail. We think both are lovely finishing touches which help bring life to the sculpture. 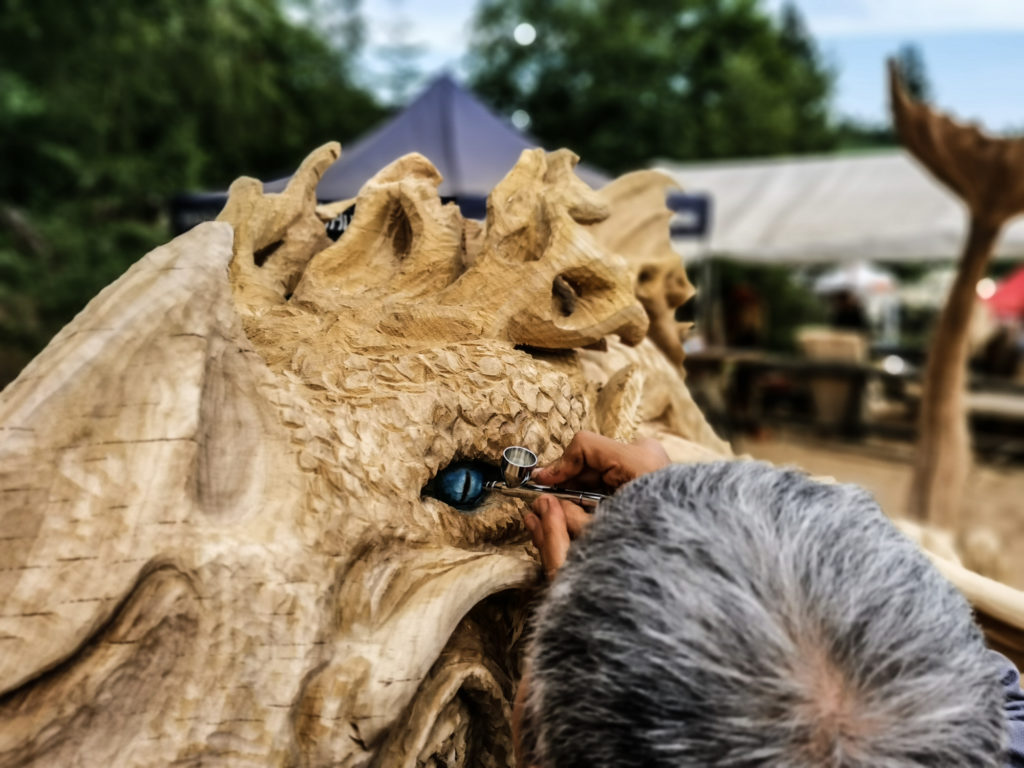 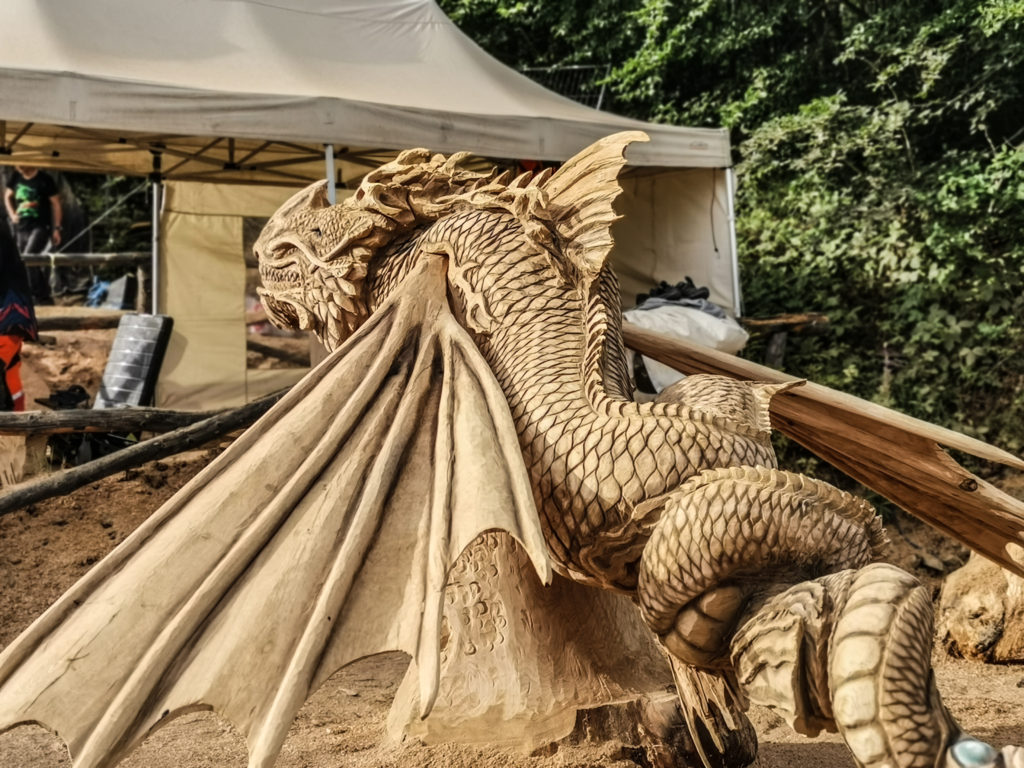 View showing the scales over the entire body 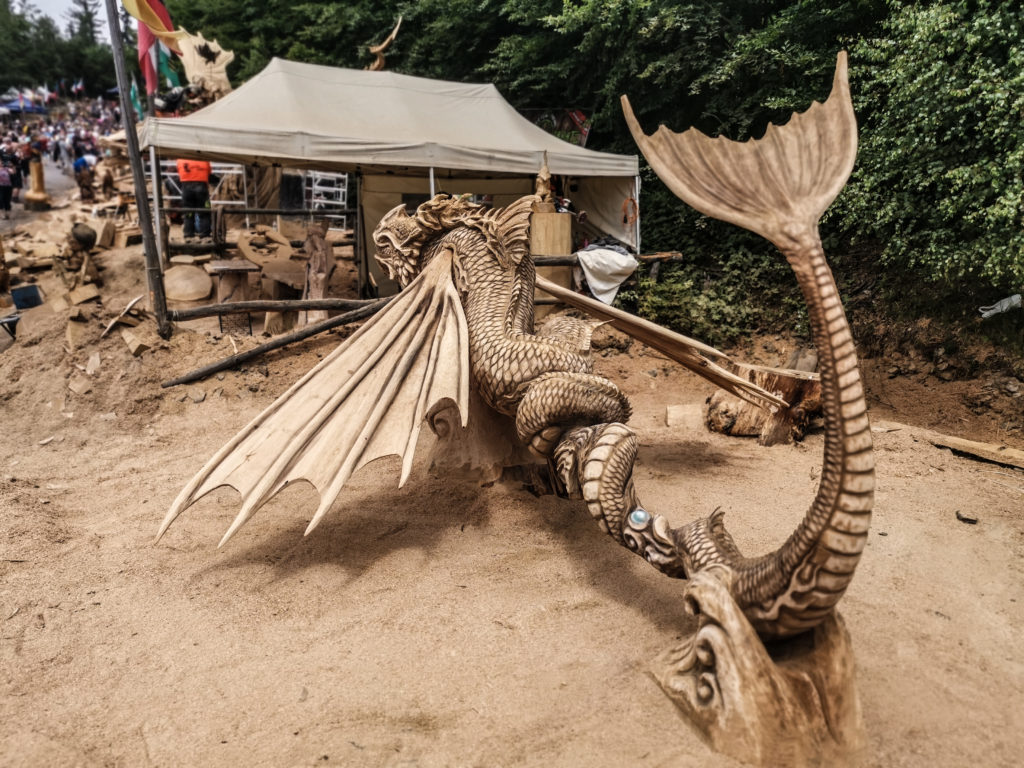 View from the tail shows another airbrushed touch of colour

One of Simon’s strengths is creating movement and story in his pieces. As such, he enjoyed working on the coils that create the shape and movement of the dragon. That meant creating the shape of each piece, but also working out placement, so it would be realistic and retain the overall flow of the sculpture. We think he did a great job! 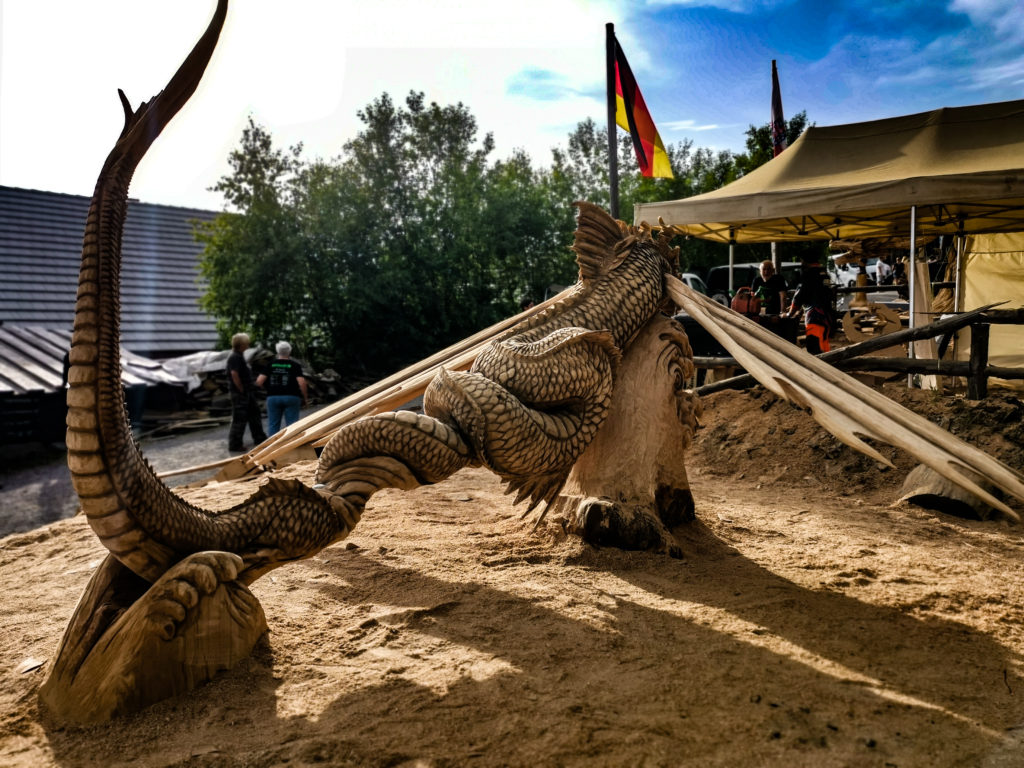 Focus on the coils that gave the eastern serpentine feel

Not All Smooth Sailing (Carving)

Those who follow us on our Facebook page will have seen that the dragon wasn’t without its challenges though! Reaching some parts of the dragon needed some serious climbing and balancing skills! They also drew the smallest pieces of timber in the lottery, and later discovered some rotten wood which meant pausing work to resource something more suitable. Small challenges though in a week which was otherwise packed with successful carving, being inspired by others and enjoying time with the tree carving community. 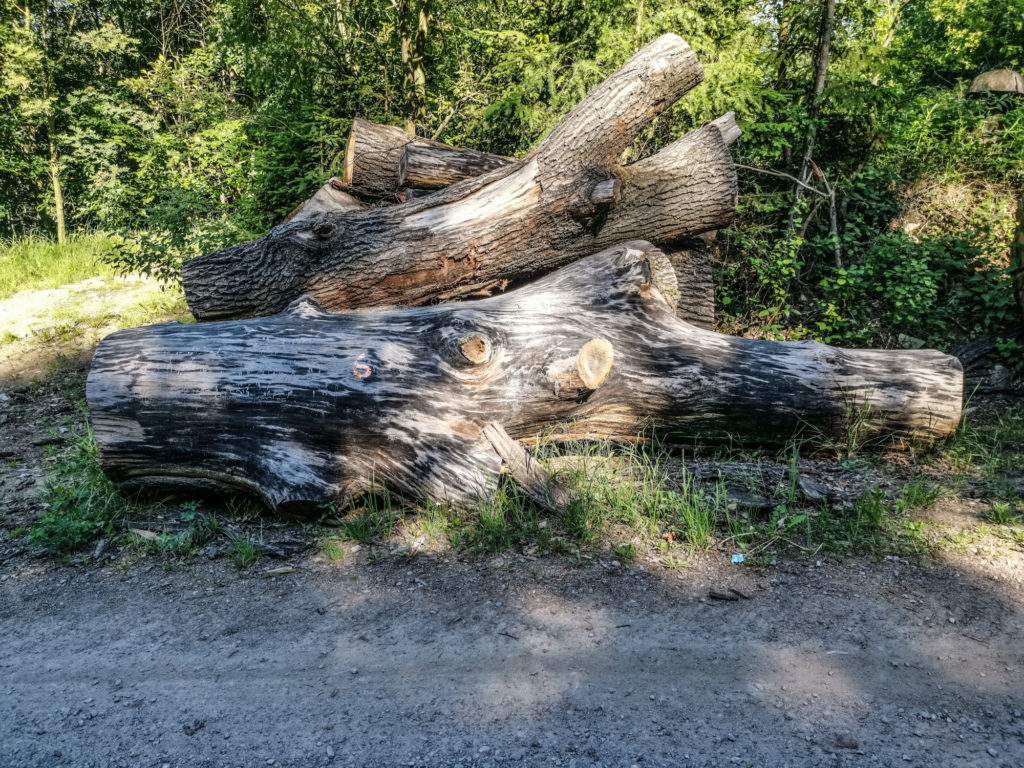 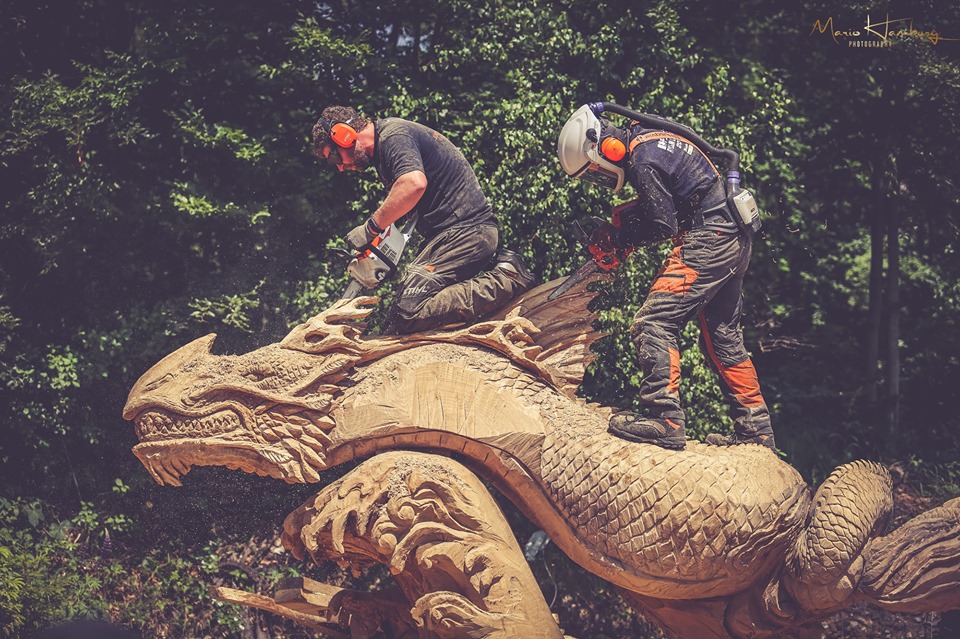 Only As Good As Your Tools!

Simon also got to try some new tools. As always, Stihl (Stihl DE) were faithful to provide chainsaws which are always up to the task! He also got to try some new angle grinding tools provided by Korean company, Manpa. It can be a bit of a gamble working with unfamiliar tools, but in this case it worked out. Both the Stihl and Manpa tools turned out to be great choices for Simon. 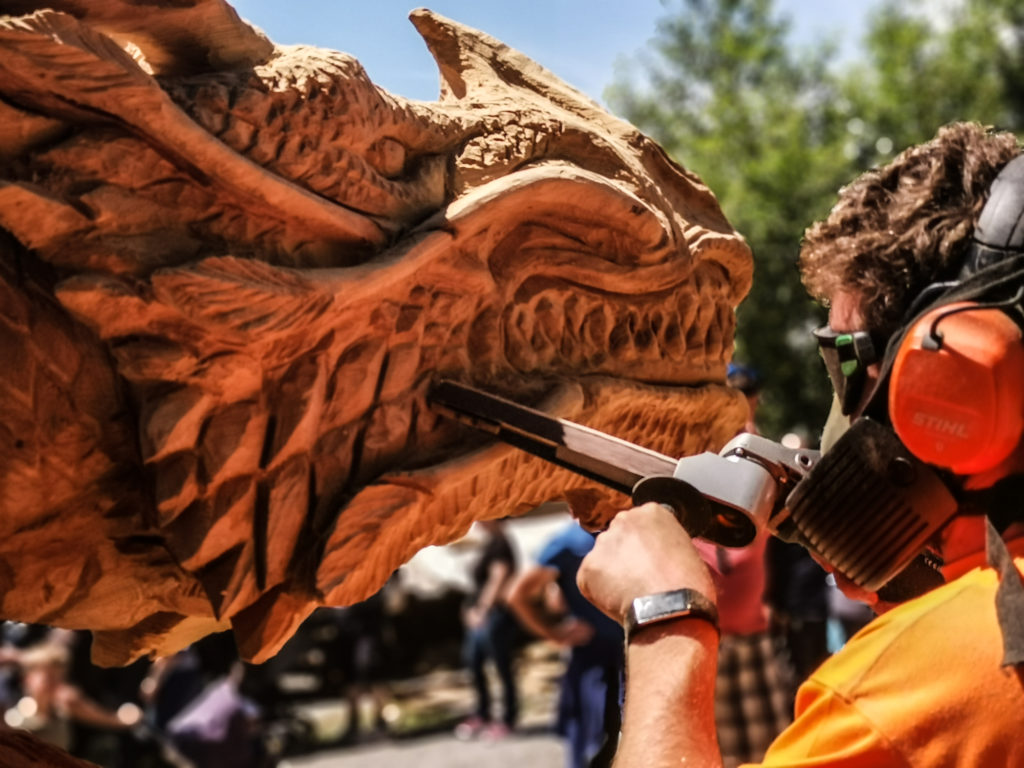 Simon working on some fine detail 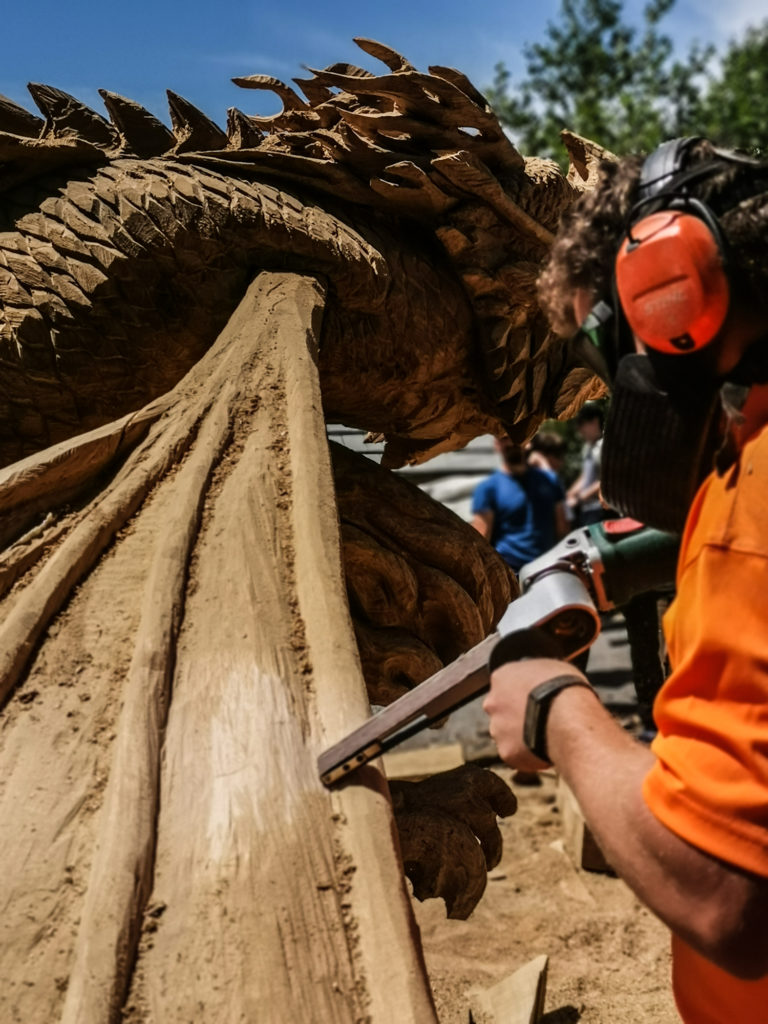 Working on some fine detail on the wings

Huskycup is about more than the carving though. Blockhausen itself is always worth a visit, but part of what makes the event great and draws back such a high calibre of artist, is the atmosphere and community. The venue even features its own Walk of Fame, honouring artists in the tree carving community! Simon received his star in 2012, and he felt this year’s additions were great choices. 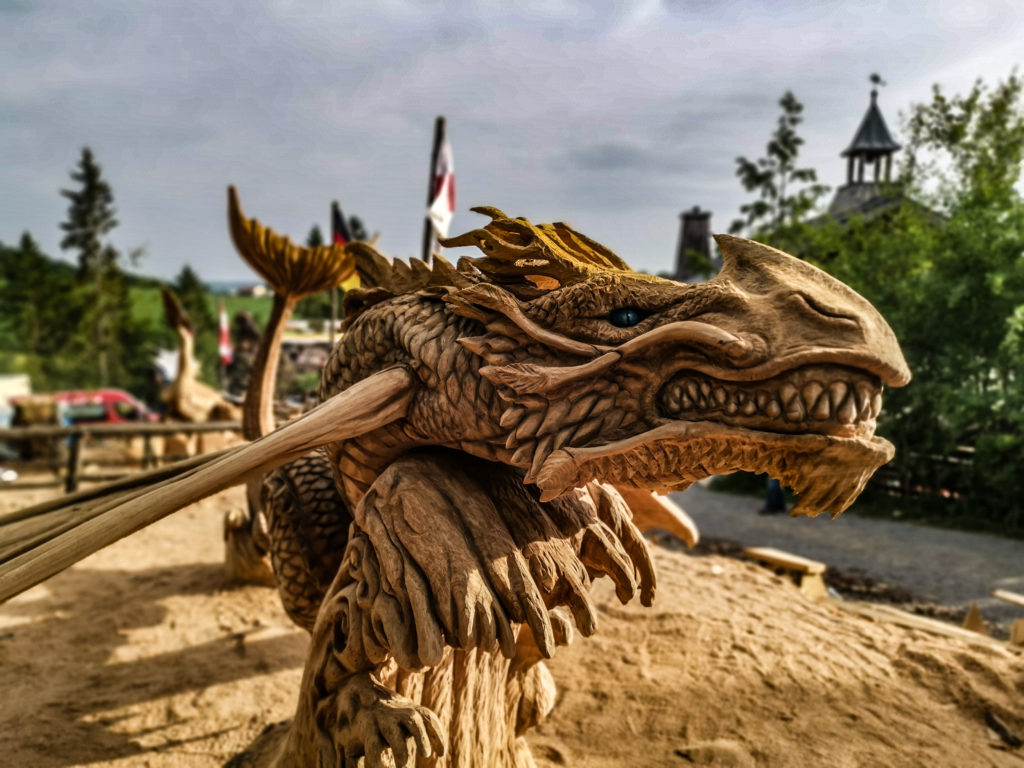 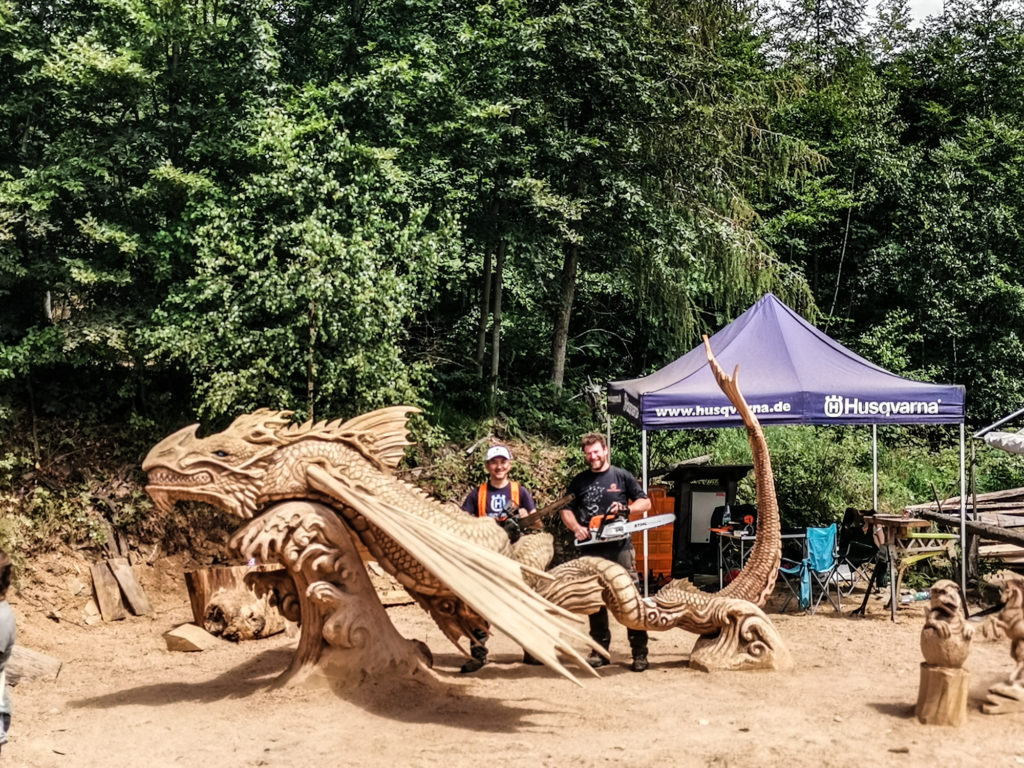 A final photo of the finished Water Dragon

Oh, and for those who noticed the little guy at the front right of the photo? This baby dragon is not only bringing the cute to your screen right now (and showing Simon’s versatility in dragon carving!), but will feature in the Huskycup 2019 charity auction. 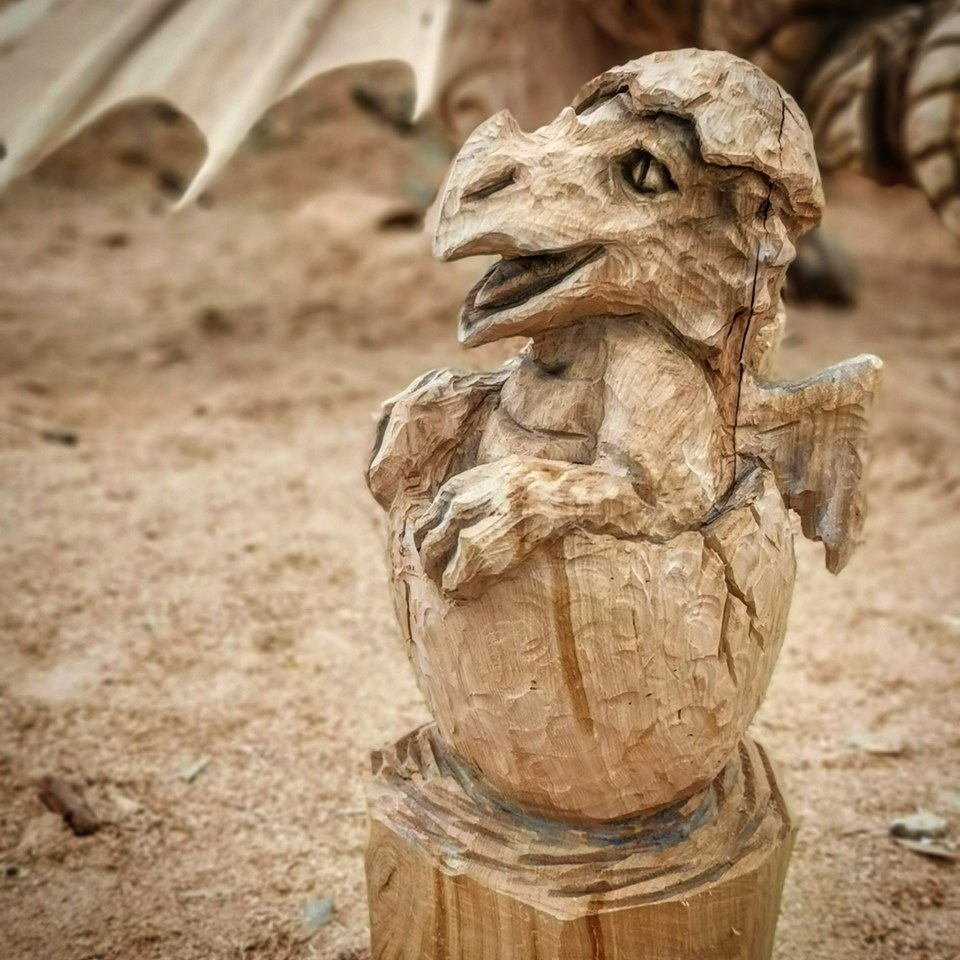 For those wanting to see more, the organisers have already started to upload photos and videos which you can enjoy HERE.
Of course, there’s nothing quite like experiencing it for yourself! Huskycup is open to the public, and Blockhausen is open all year round where you can see the Water Dragon for yourself, as well as other creations from over the years.
You might also like
One of the following
Wellington Heath Jubilee Sculpture
A Hand Between Sky and Earth Sculpture
Love Leading the Pilgrim Sculpture
Recent Posts