Home Is Where The Art Is

Recently Simon was asked to take part in the BBC’s Home is Where the Art is.  In each episode, three artists compete to win a commission from a mystery buyer. Simon tells us a little more about his experience. 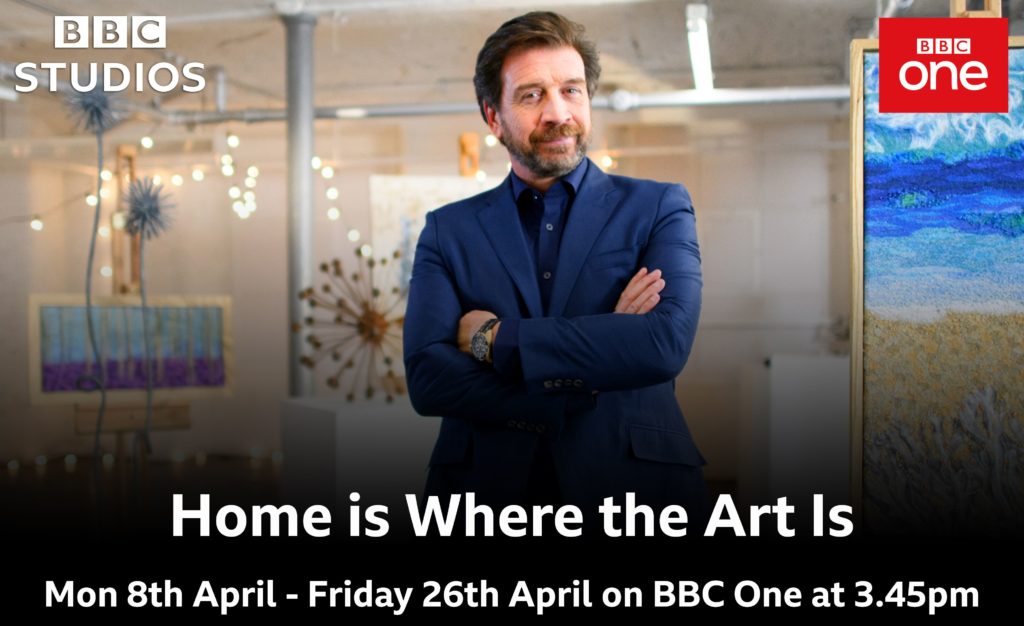 Home is Where the Art is on BBC One

What is Home is Where The Art Is?

The three artists met at the buyer’s house and received a brief and a budget. Each artist then produced a sketch to meet that brief. Simon competed against a stainless steel sculptor and an acrylic pet portrait painter in his episode. Three very different mediums! Their brief was to create something that captured both the spirit and the form of the buyer’s beloved horse, ‘Dragon’. 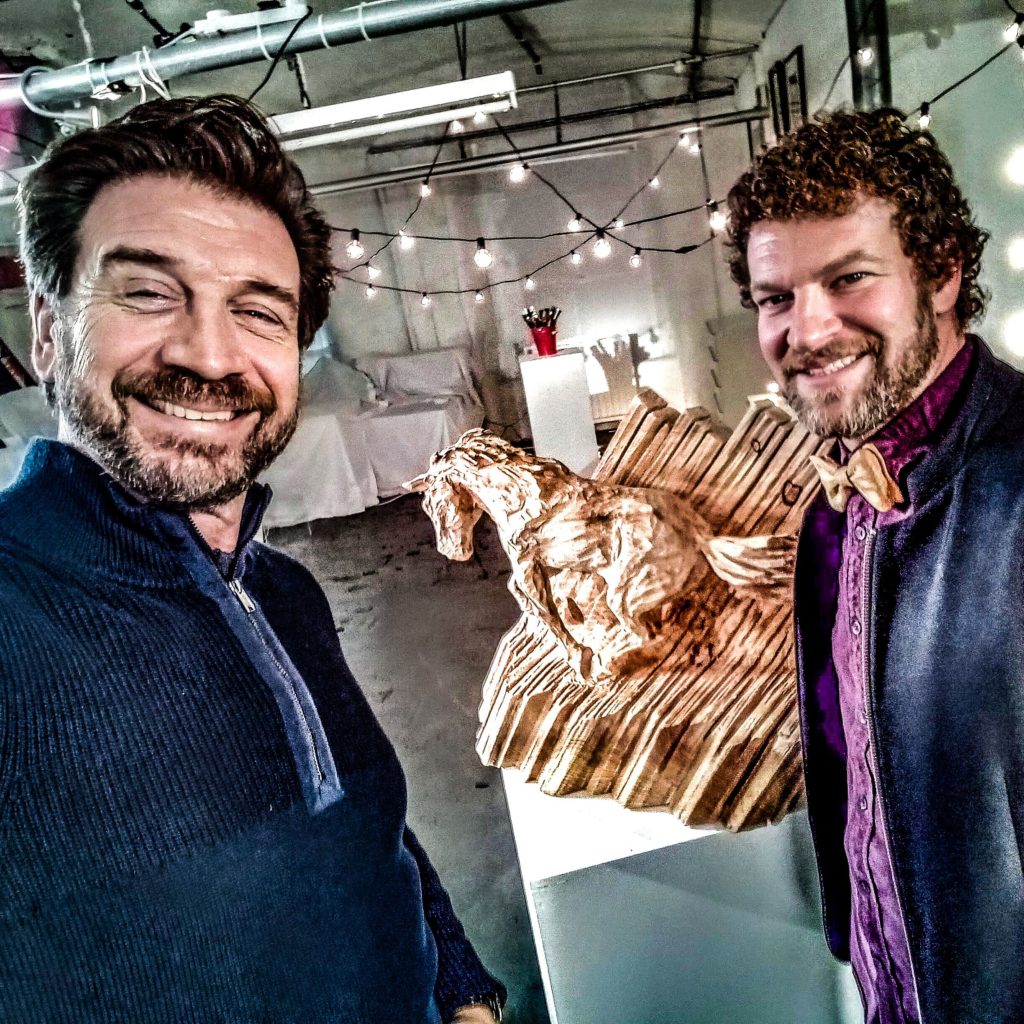 With presenter, Nick Knowles and his final piece

Simon says of this process:
“We all got to snoop around the buyer’s house to get a feel for the kind of things they might like. We also got to meet Dragon, which gave us all a flavour of his temperament and form. Each of us went away after this and were asked to come up with a two minute pitch, which was filmed at a studio in Manchester. The buyer then chose two artists to create the artwork they had pitched, and come back in a few weeks to present the artwork to the buyer. The buyer would then choose one to buy!   Nick Knowles is the host of the show, and made us feel really comfortable. The buyer threw a couple of curveballs in by asking if any of us would be happy to change our designs!”

Simon was one of the two artists chosen to compete. He took around eight hours to carve a representation of Dragon out of cedar as his entry, capturing not only his form but his movement and character. 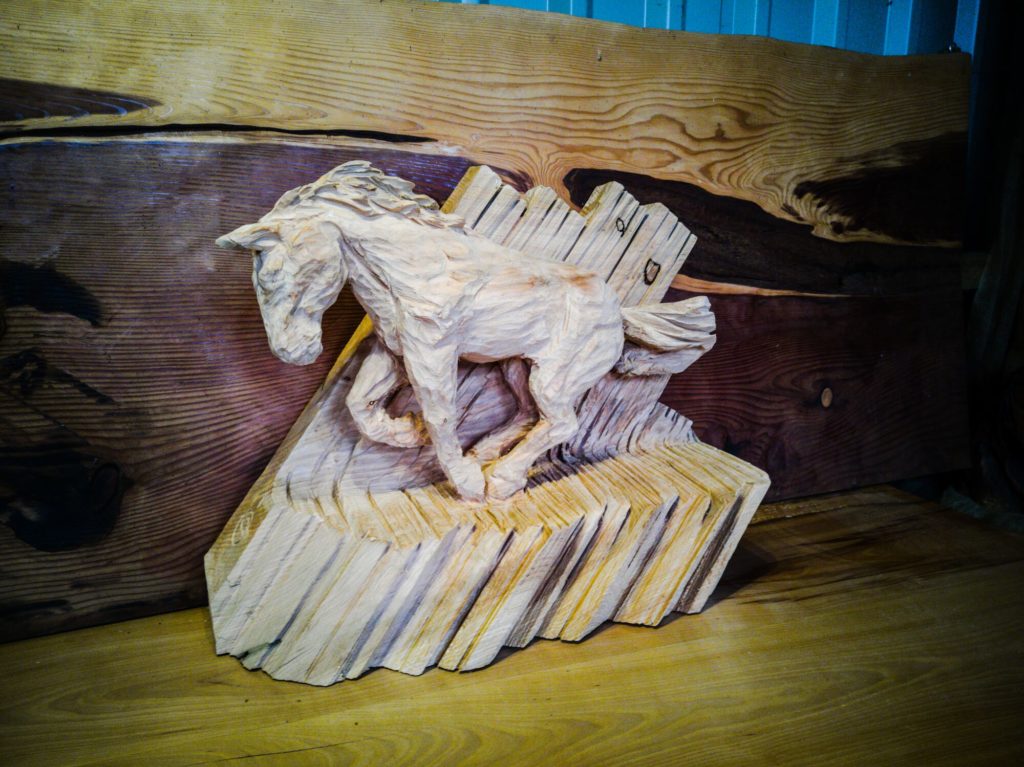 The Results Are In!

Now that we won’t be revealing any spoilers, we can announce that sadly, Simon didn’t win.
Simon is extremely gracious in his defeat though. He says: “The buyer Delyse had a really difficult time choosing between us, but I feel she made a great choice. I would have chosen Claire’s work!” 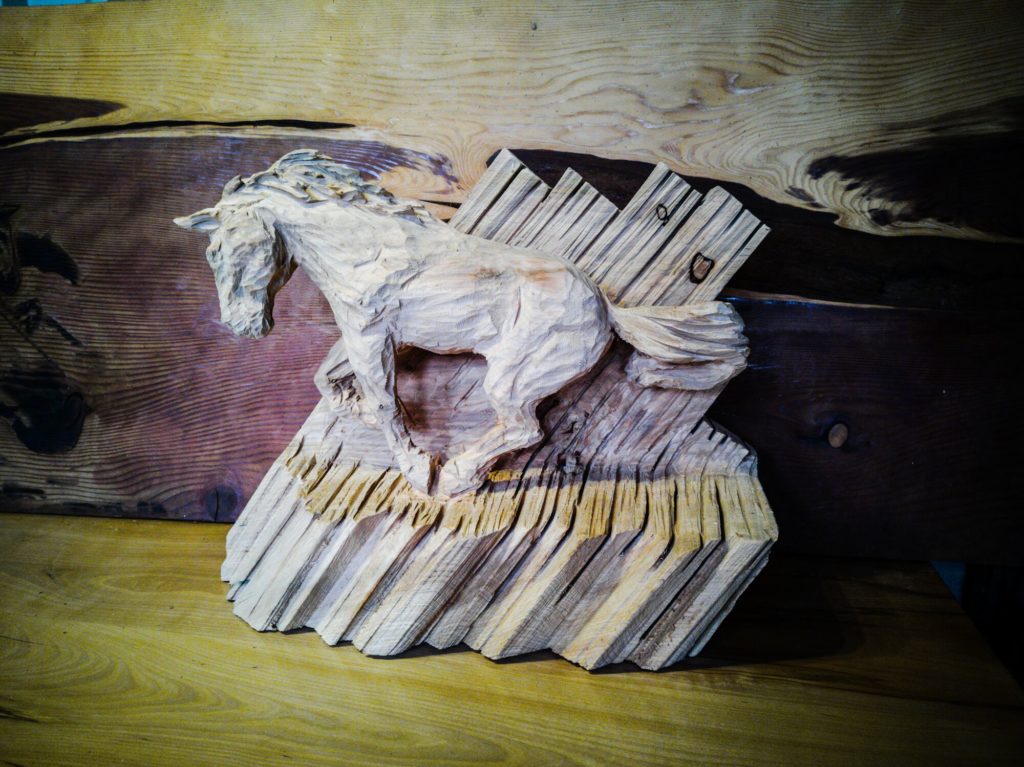 Not only is it a privilege to be invited to take part in something like this, but even the name of the horse has tied in with our ‘year of the dragon’ here at Simon O’Rourke Tree Carving!

If you would like a portrait of your pet, Simon is available at [email protected] to chat about your commission.