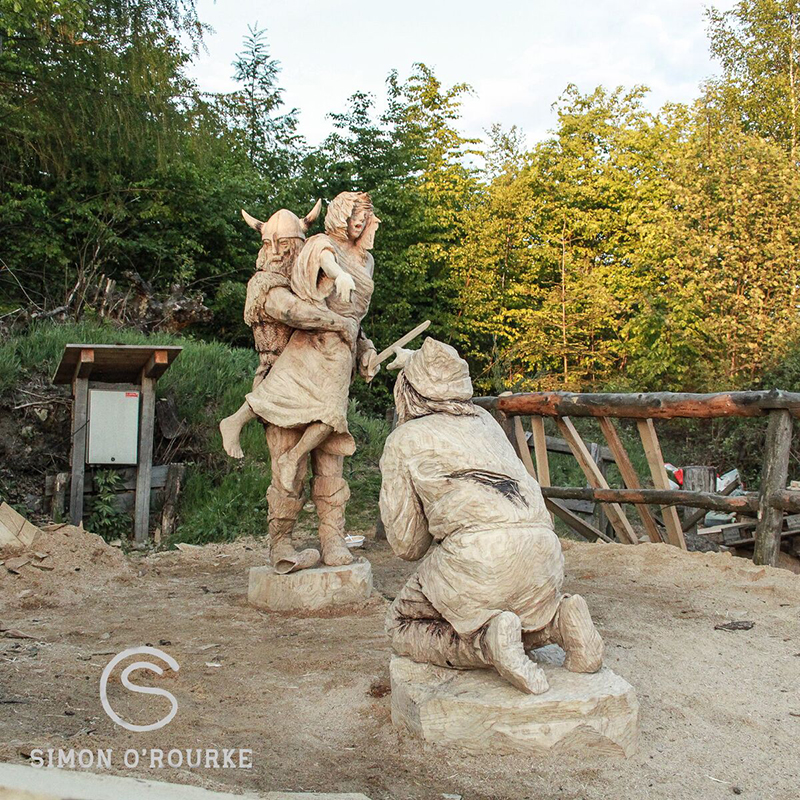 This was a competition piece and I still consider this one of my best works.

The competition in question was the Huskycup, held each year in a small village called Mulda, near Dresden in Germany.

The brief was simple: “Vikings attack an English village.” The only stipulation being: “Vikings were brutal, don’t hold back, and the Vikings didn’t always win”.

The historians among you may notice that I’ve given the Viking horns on his helmet, a proven falsity. This is due to the organiser specifically asking for horns on the helmets.

The scene depicts a wounded father crying out as his daughter is taken from him, with little hope at first glance.

The daughter has a desperate look in her eye as the Viking raider roughly grabs her and lifts her off her feet. Her shoe falls to the ground, and if we look closely there is a glimmer of hope as her left hand reaches for the raiders dagger…

What happens next is for your own imagination!!

I won first place with this sculpture, a great achievement considering the stiff competition that year. 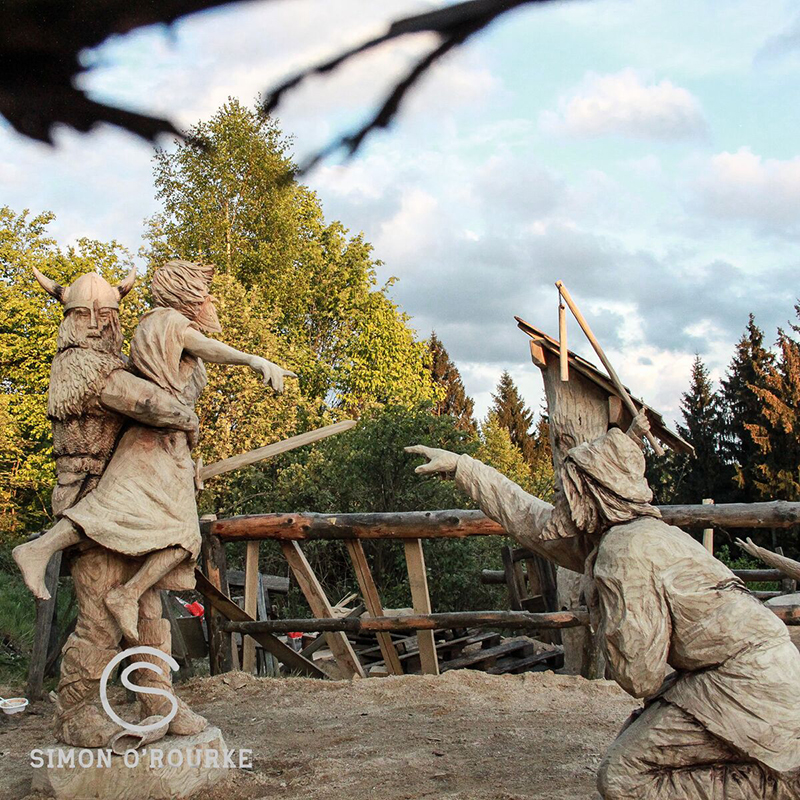 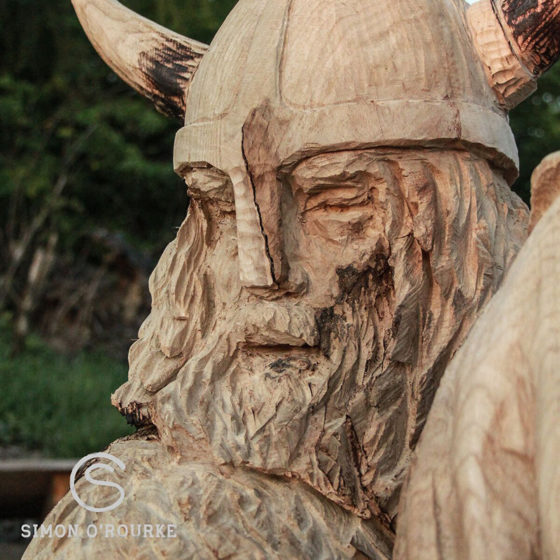 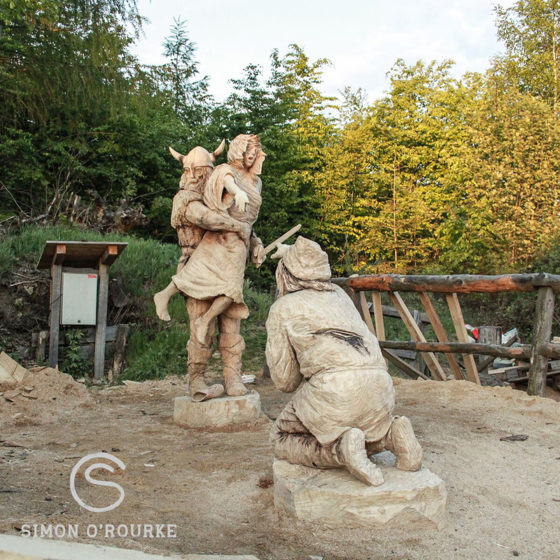 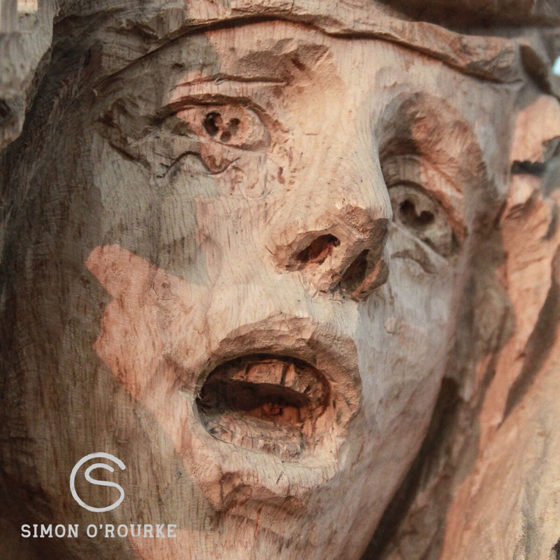 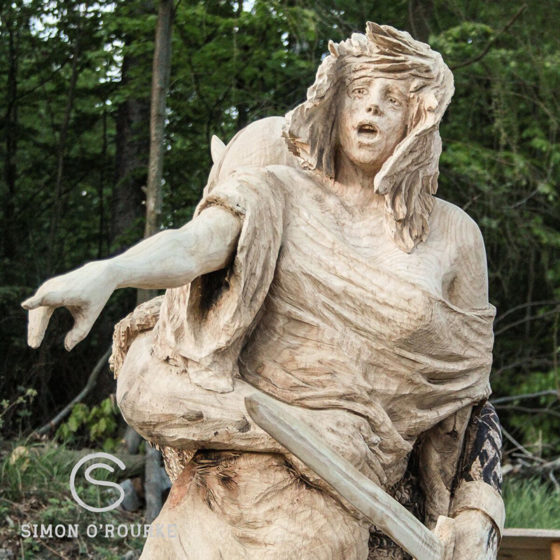 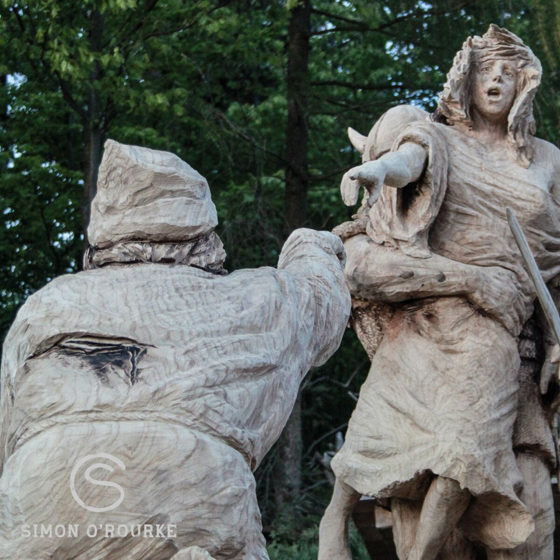 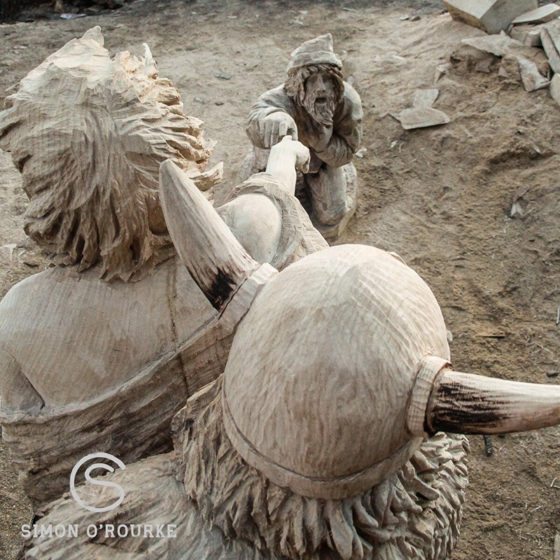 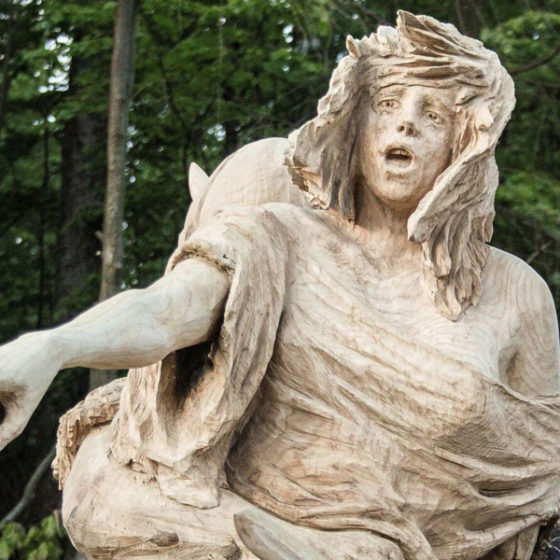 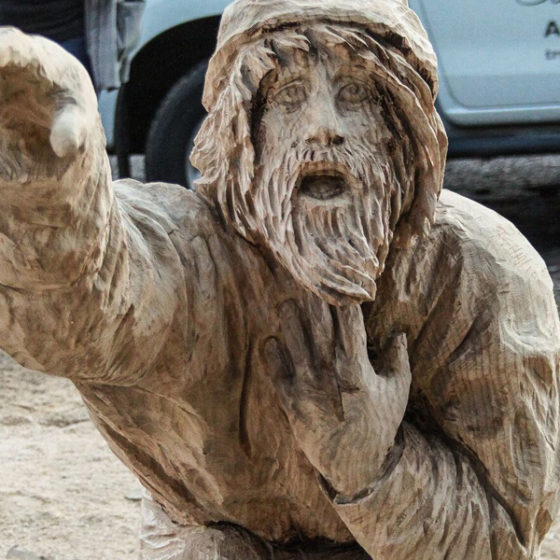 Steak of the Art