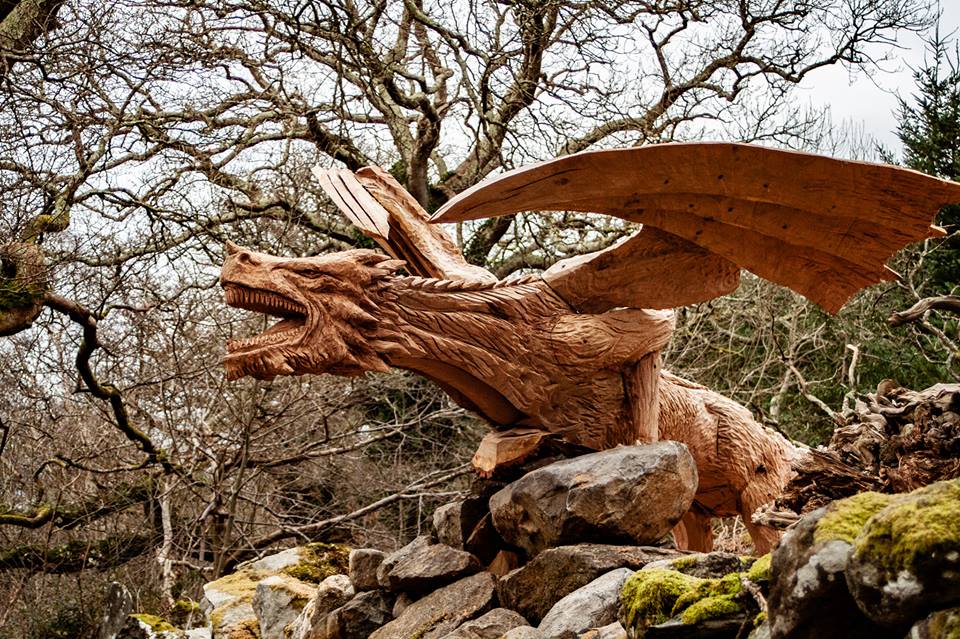 I quoted for a sculpture which looked to be a great opportunity. A large oak branch had fallen from a tree in Tregarth, near Bethesda. When I say branch it doesn’t sound that big, but this was a branch around 30 inches in diameter!

The location was perfect, in view of the A5, so plenty of people would see it, and a challenging landscape to create it in!

The branch was resting on a pile of rocks, and the branches of the stem rested on the ground and curled up in the air which made it a great shape and position to form the dragon with its front feet resting on the rock, and hind legs on the ground!

The distance the thick part of the stem reached out over the rocky precipice gave the dragon a great lean forward with its wings folded behind (once I made the wings that is!).

I had two choices of the type of dragon with this project. One type was a dragon with four legs and separate wings – Welsh dragon style, the other being more bat-like with the fore-legs being the wings themselves – Game of Thrones style.

I decided to go for four legs and two separate wings, as it was closer to the Welsh dragon!

I slogged it out from the Monday morning to the Saturday afternoon, and finished up exhausted, covered in sawdust, and very happy with the result!

As you can see from the pictures, this monster log was a daunting sight, but my cohort of STIHL chainsaws made short work of it.

The most surprising result of this project was the overwhelming response on social media. In less than 24 hours of posting, the album on Facebook had over 2000 shares and as many likes! The dragon quickly became a great attraction causing people to travel from a great distance to see it, and even a troupe of firebreathers came to do a photoshoot!

You can see the dragon from the road, travelling southbound on the A5 from Bangor, up on the bank between the first two exits for Tregarth. Please park in the nearby Rachub and walk back to see it, the A5 is a busy and dangerous road! 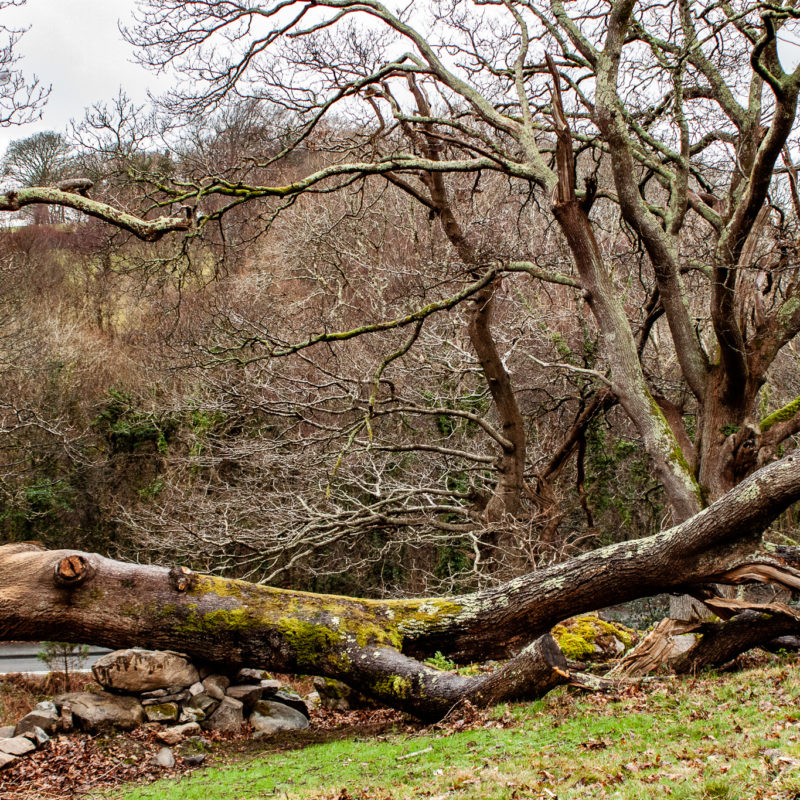 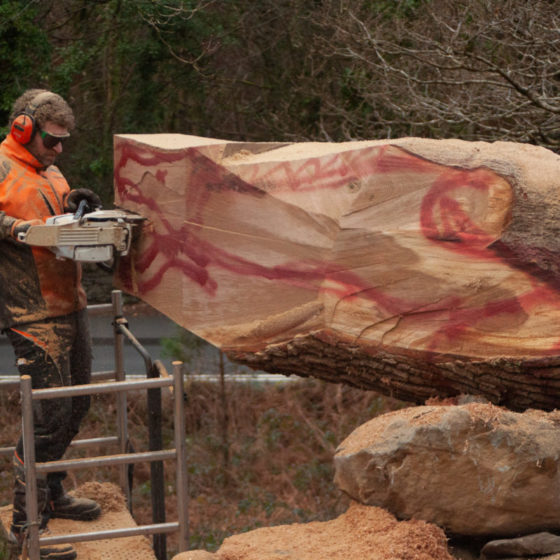 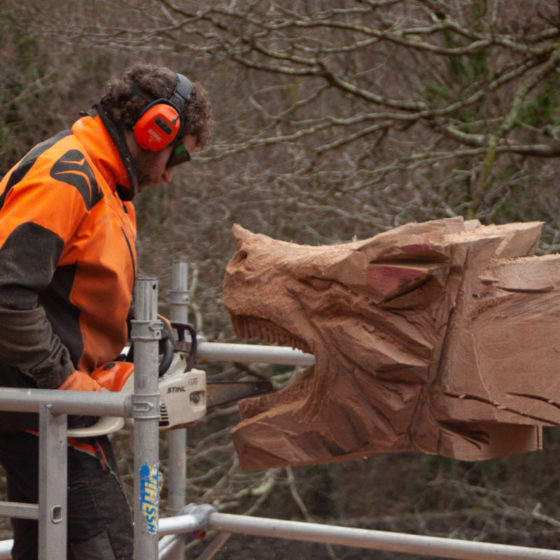 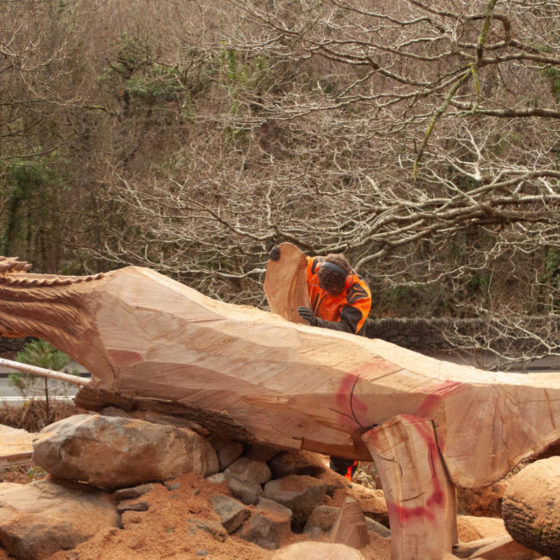 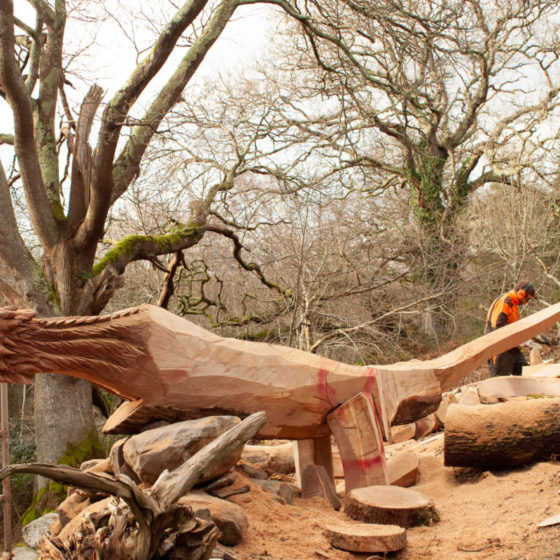 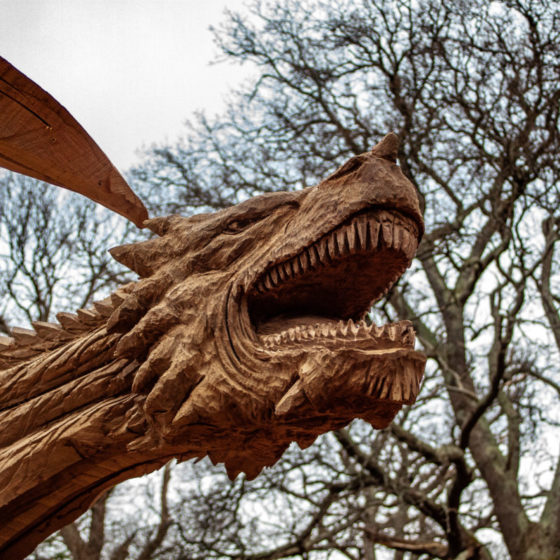 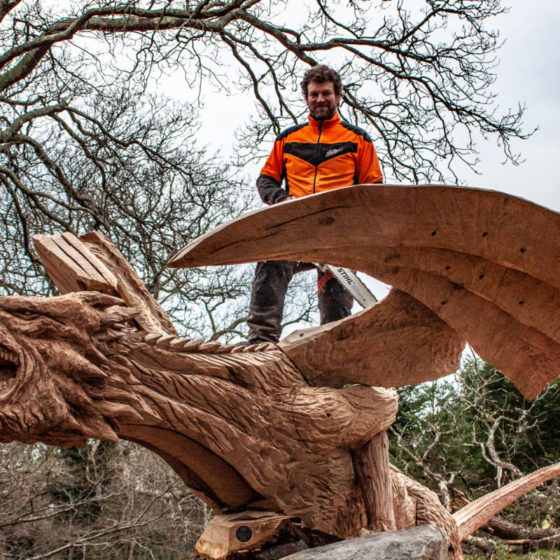 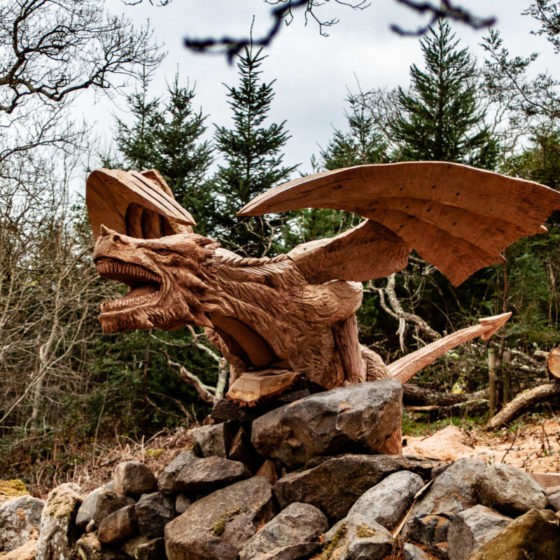 The Giant Hand Of Vyrnwy