Did you see our hint on Wednesday about the sculpture for today’s blog? We showed the legs and asked people on social media to guess who/what it was. There were some great answers! Your guesses included Charlie Chaplin, Boy in the Striped Pyjamas, Bilbo Baggins and even Postman Pat! Somebody came close with Rupert Bear, but the correct answer is a Bill Badger sculpture and bench. 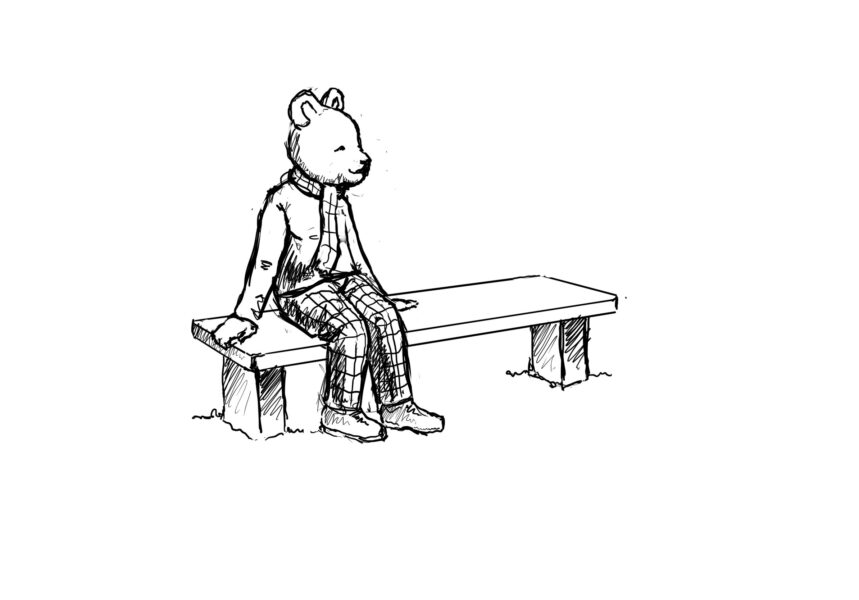 An initial sketch for the Bill Badger sculpture and bench commission

The clients who commissioned this bench are fans of Rupert Bear, a comic book star and franchise that began in the Daily Express in 1920. For those of us who grew up with him, it’s hard to believe he’s over 100! Simon’s clients have a collection of garden figures featuring Rupert and friends, and the only one they didn’t have was Bill Badger.

Last year they found Simon on his website, and subsequently commissioned him to create Mary and Joseph to stand outside their church at Christmas. They were so impressed with his work that they asked him about Bill! Previously, they’d seen another bench on the website with a seated character and liked the idea of combing the bench and sculpture. They talked it through with Simon and he sent a drawing which they said was just what they wanted. 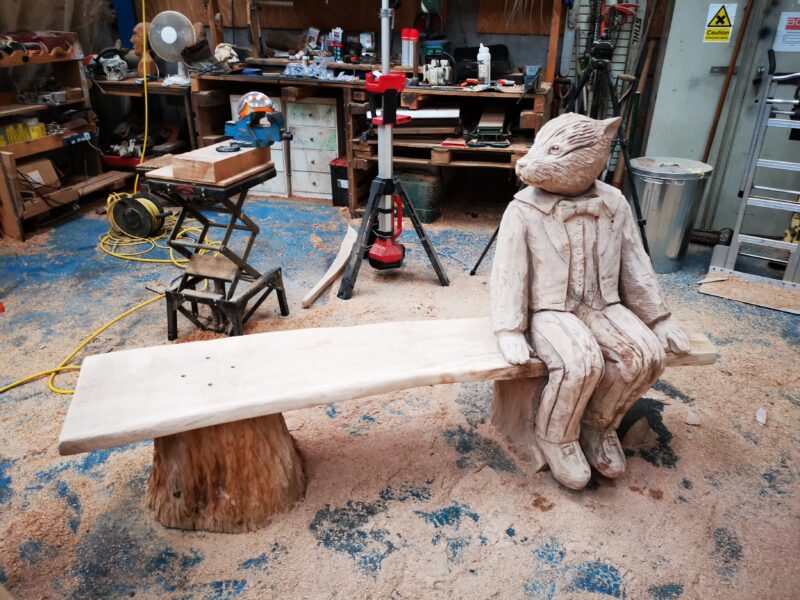 Simon created the oak sculpture and bench in his workshop. The bench was a lovely commission for him; fun, and a little bit different to other subjects he’s created. It touches on his background in children’s illustration but was also a favourite growing up. In fact, he has memories of reading the Rupert stories as a child. And even then the illustrations fascinated him. Anything that took him out of the real world and sparked his imagination with adventures was good in his eyes, and The Rupert stories did just that! 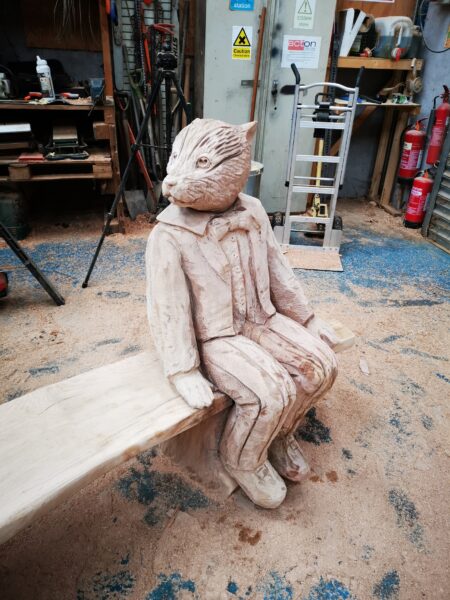 The commission represented a slightly different challenge to his usual sculptures. Unlike many that are all animal or all human, the Nutwood characters have human bodies and proportions with animal heads!

That idea of normal human bodies with animal heads and the style of the characters created by Mary Tourtel always interested Simon. Especially as there were normal humans in the stories too!

Looking back, Simon recognises there are some questionable depictions of people from different countries (which would have been considered normal at the time), and this is something he is sensitive to when he thinks about classic children’s literature, and how he recreates characters or scenes. However, in general, Rupert Bear is a lovely classic, and it was fun to recreate Rupert’s fun-loving, optimistic best friend, Bill. 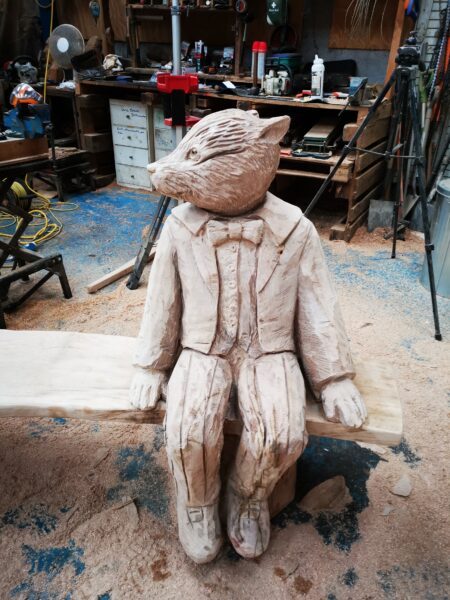 The Client’s Verdict and Final Thoughts

It’s always nice when Simon enjoys a commission or when it presents something new or interesting for him. What matters most though is the client’s opinion!
In this case, they are delighted with the Bill Badger sculpture and bench. When asked to comment, they shared with us that
“The finished bench is just fabulous and has pride of place in our garden and is much admired by our visitors.”

If you would like to commission a sculpture, contact Simon using the form on www.treecarving.co.uk/contact and he will be in touch to talk details!