When we think about ‘celebrity deaths’ over the last 25 years, many tragic or difficult stories come to mind. We think of many phenomenally talented individuals where we lament the loss, and the potential unfulfilled. None more so than Brazilian F1 driver, Ayrton Senna.
2019 marked 25 years since his tragic death at the San Marino Grand Prix. Anniversary tributes appeared in the media over the year, and caught Simon’s attention as he remembered ‘F1’s darkest weekend‘. Fascinated by Senna’s character and story, Simon decided to create his own memorial to the legend: this Ayrton Senna Tribute Sculpture. 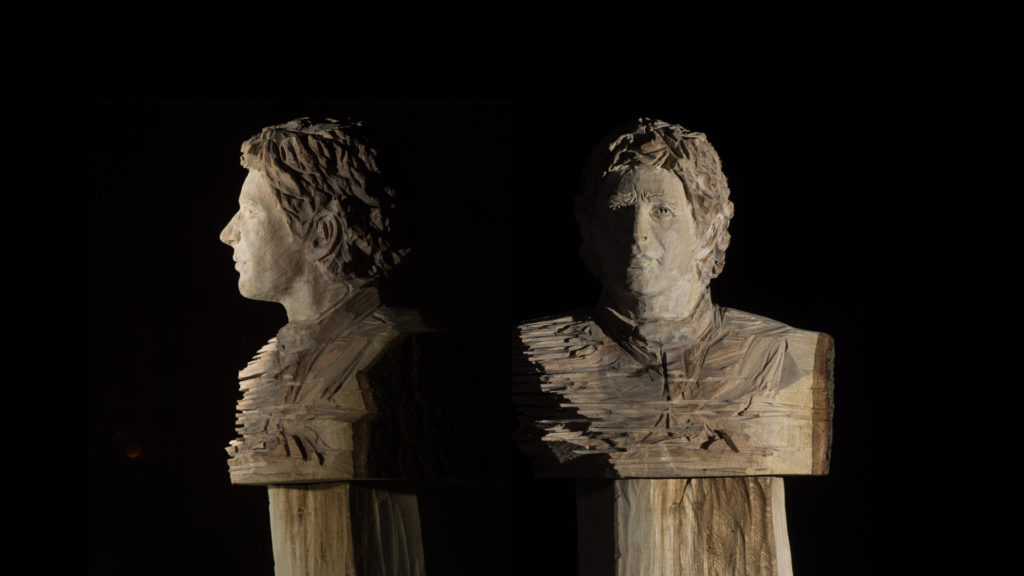 Simon wanted the sculpture to not only look like a fitting tribute, but to also reflect, tell or share some of Senna’s story. For that reason, he took his time selecting the wood.

Eventually he found a piece of oak through a local farmer that he decided was perfect. However, it wasn’t just the size and shape that made it ‘the one’. Simon was looking for a piece of timber which had shared some of its lifetime with Senna himself.

Knowing the date this particular oak was felled meant Simon could count the growth rings and find the piece of timber that was alive and growing during Senna’s lifetime. This led to a unique feature on his Ayrton Senna tribute sculpture. Simon has marked out on Senna’s shoulder the growth rings for 1960-1994; the 34 years of Senna’s life. 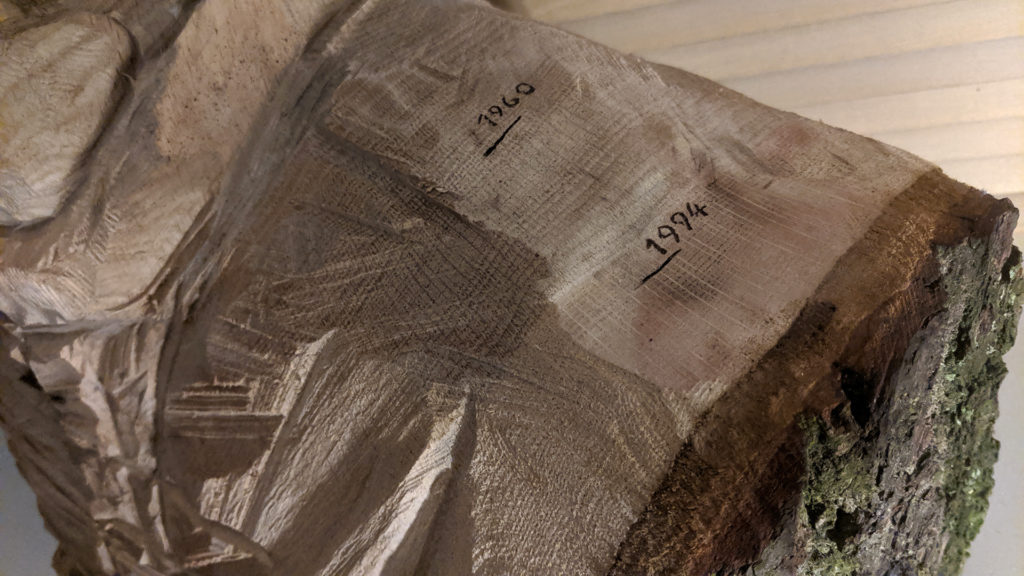 When Simon carves a real person, his concern is not just for the physical features – although that is immensely important to him. He is also concerned about reflecting the character of the person. That meant Simon had to get to know afresh the character he had seen on screen as a teenager. Books, photographs, interviews, articles and documentaries helped re-introduce Simon to the person of Ayrton Senna.
It became clear that Senna was charismatic but also enigmatic, thoughtful and pensive.
He was sensible and intentional – but also playful.
It was these qualities which, ironically, meant Senna was chosen to head up a group of drivers dedicated to making the sport to make it safer, the weekend of his death.
Simon chose to reflect these characteristics by giving his  Ayrton Senna tribute sculpture a serene posture and gaze, but with a real twinkle in his eye. 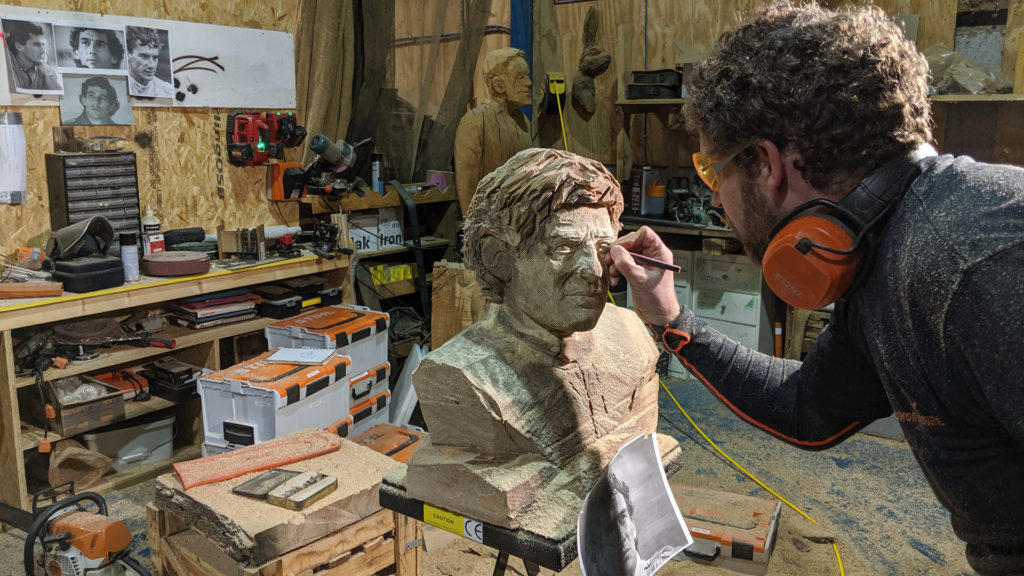 Working on getting that twinkle and expression right 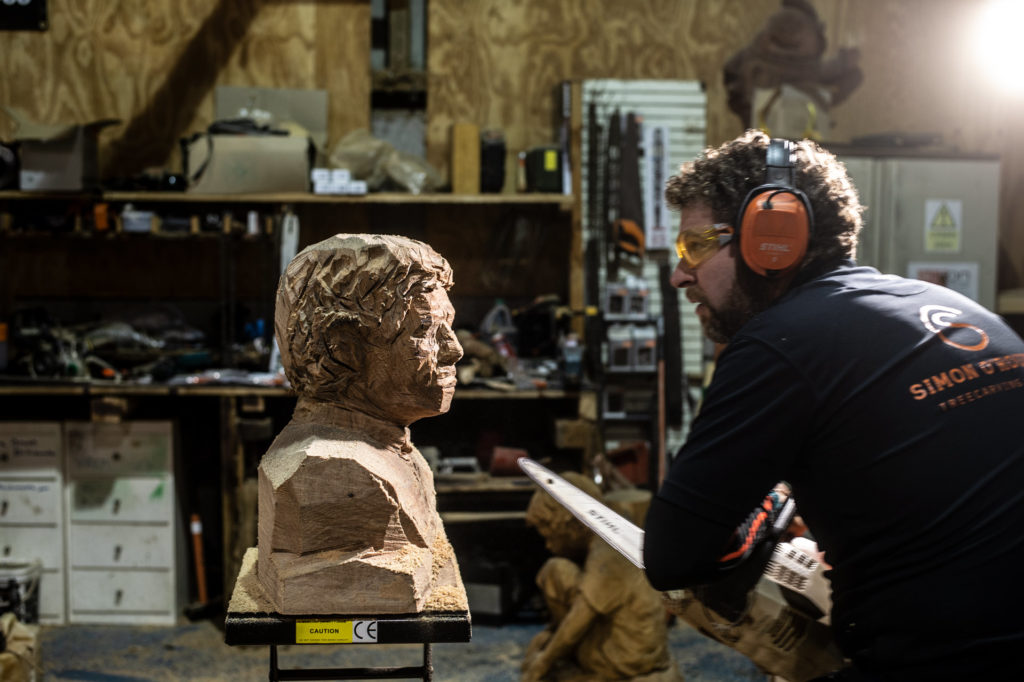 As we talked about in our blog about the golden ratio, sculpting faces is always a challenge. It is always so much harder too when Simon can’t meet the person. As Simon says:
“It’s always difficult working from photos. You’re constantly having to evaluate the structure of the face based on multiple light sources and camera lens distortion. Two photos of the same person can look vastly different. You have to understand the structure of the human face to make those decisions on depth and form.”

It’s clear the time spent studying, measuring and re-evaluating has paid off though, as the likeness to images of Senna is uncanny, and the sculpture is instantly recognisable as the Brazilian legend. 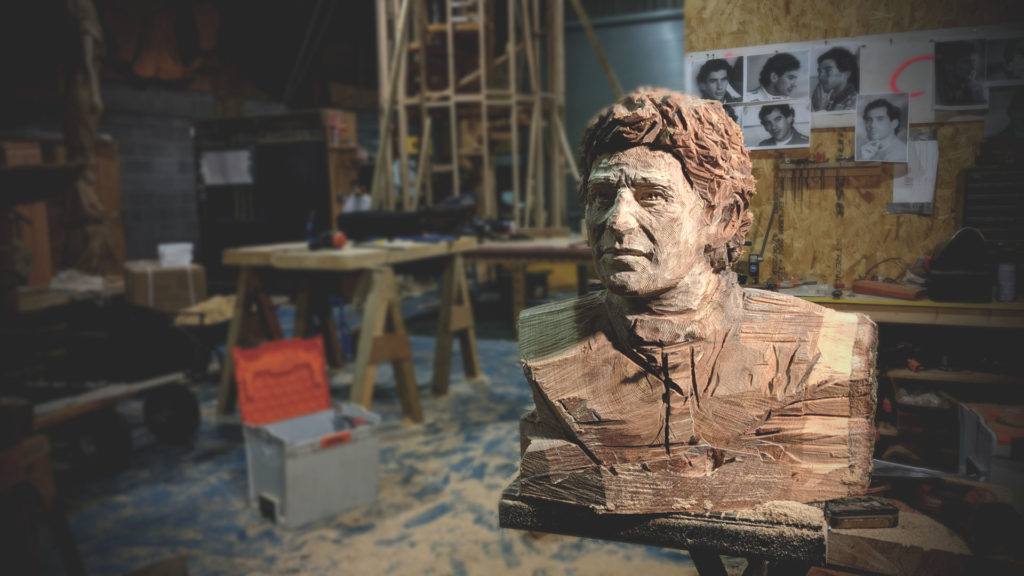 The finished piece in the workshop

Unlike many of Simon’s pieces, this Senna homage was a passion project rather than a specific commission. Thanks to the Wahoo Group and Real Five Networking though, rather than remain in the workshop, the sculpture is currently available for the public to view. Their support and connections meant that in December, the sculpture is now being exhibited at Mews of Mayfair; a beautiful restaurant and bar in Mayfair. If you’re visiting London, why not book yourselves in for a delicious meal and take a look? We’d love it if you got any photos or selfies with the sculpture if you could tag us too! 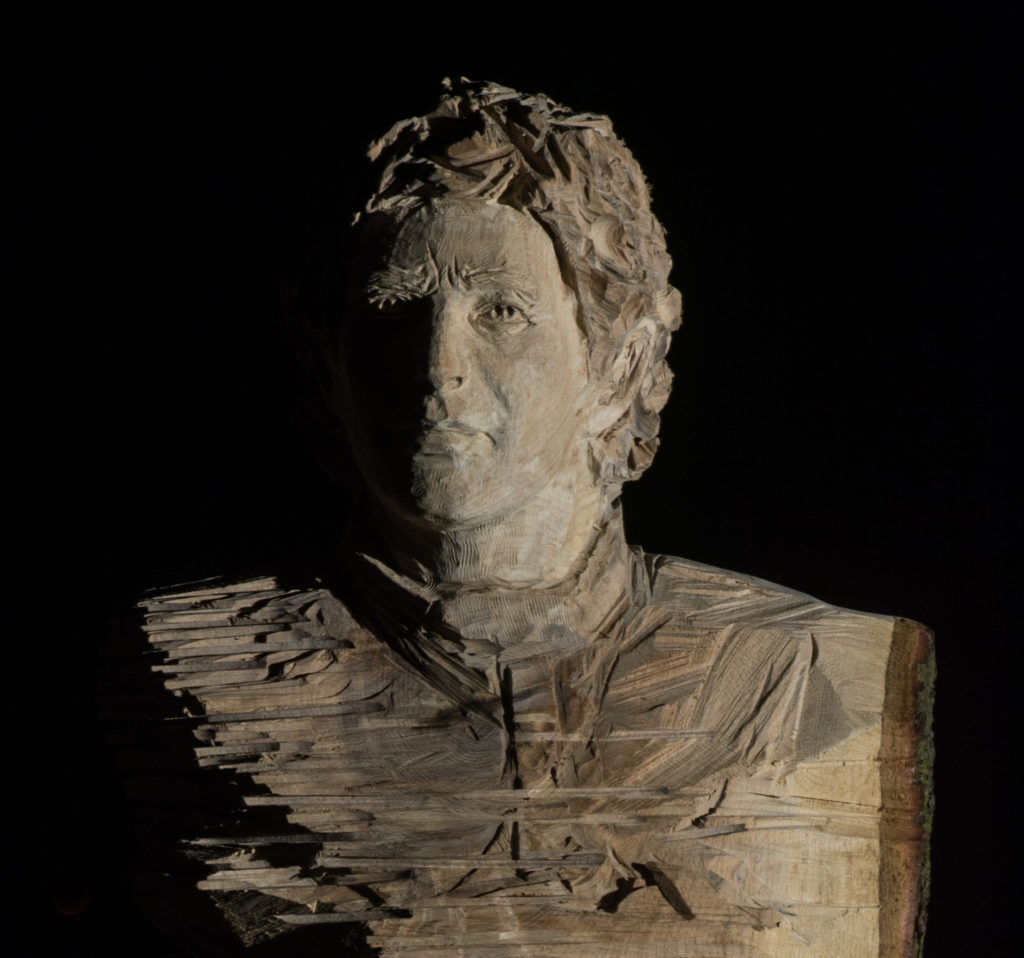 During his lifetime Senna was dedicated to far more than just being the best in his sport. He also had a passion and felt a sense of responsibility to use his position to better the lives of children in his native Brazil. As such, he was also a philanthropist, the creator of Senninha, and had talked with his sister before his final trip to Italy about creating a charity. His sister honoured that conversation, and has built the Ayrton Senna Foundation.

Keeping in that spirit, Simon has chosen to sell this Ayrton Senna tribute sculpture in a sealed bid auction. A significant portion of the winning bid will then be donated to the Grand Prix Trust. This charity provides support for Formula 1’s helping team personnel, trackside or factory-based, to put their lives back on track when things go wrong. We believe from all the research into Senna’s life that this would be a cause that he himself would have been behind.

You can place you bid by visiting www.treecarving.co.uk/senna/  where there is an online bidding form at the bottom of the article. 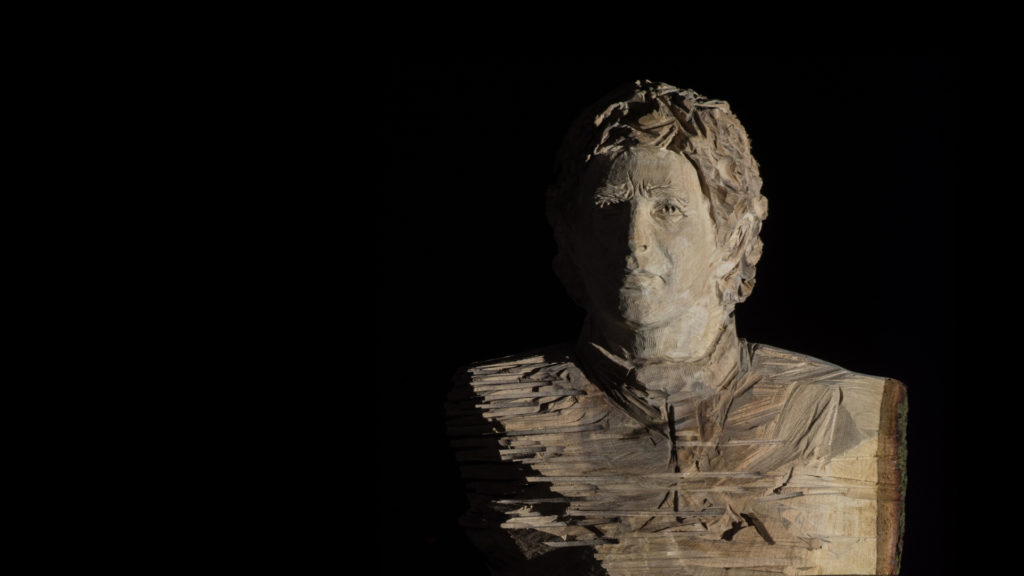