Every year the village of Garderen (Netherlands) is proud to be home to Zandsculpturenfestijn. It describes itself as  ‘Europe’s most beautiful sand sculpture park’  and has won several regional tourist awards. As well as sand sculpture, the outdoor part of the exhibit also features wooden carvings, completed each summer. Simon was invited to contribute again this year, and was excited to take part. This is the setting for this week’s featured sculpture: A Dutch Jungle Throne. 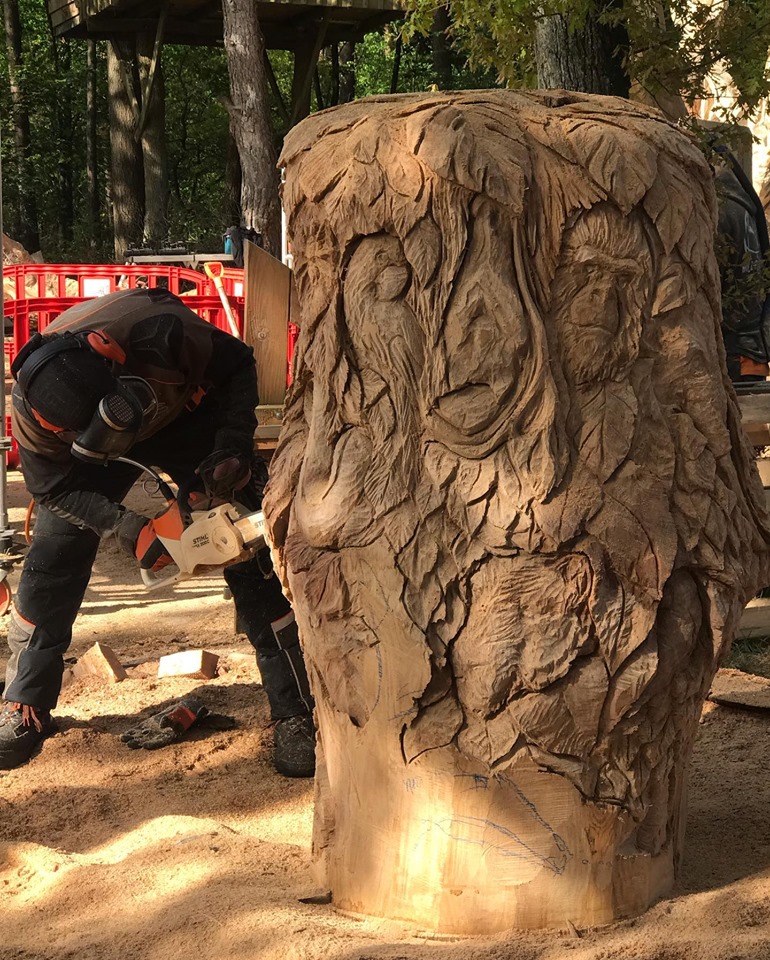 Simon working on his exhibit – easily identifiable by his Stihl clothing!

The theme for the year (‘Journey Round the World’) gave a LOT of scope for the artists to create. With such an open title, they were free to sculpt natural wonders, architecture, people or animals. The artists who were there at the same time as Simon though all focused on nature, and created animal carvings. Wanting to help build a united exhibit, Simon decided to also focus on animals in his piece. As this wasn’t a commission where he had to replicate one specific animal, he decided to stretch himself and try something a little different, inspired by one of the indoor sand pieces. 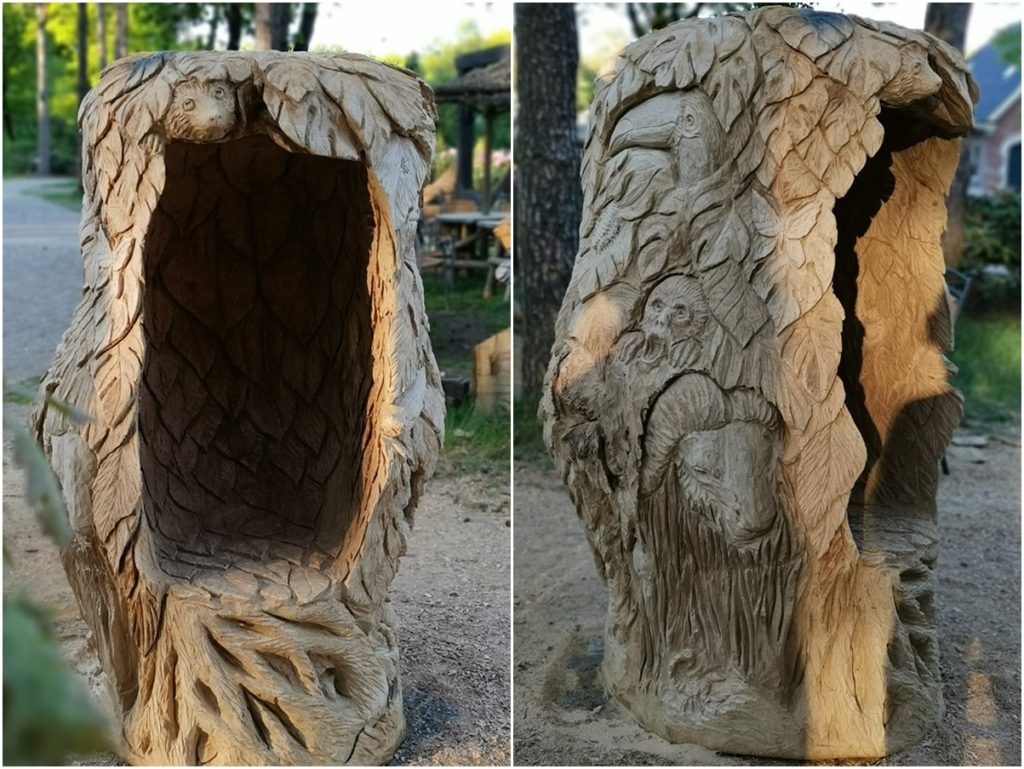 Simon had a few ideas, but the decision about the final piece was settled by the piece of wood itself! Nick Lumb of Acorn Furniture (where Simon began his carving work) recently said that one of the enjoyable things with working with wood is that you never reach the end of learning about it. Other materials behave a specific way under a specific set of conditions. However, wood is different every time – you never know fully what you will get  until you begin to cut. In this instance, Simon discovered some defects in the centre, so decided to hollow out the timber, and the concept of a ‘seat’ was born! 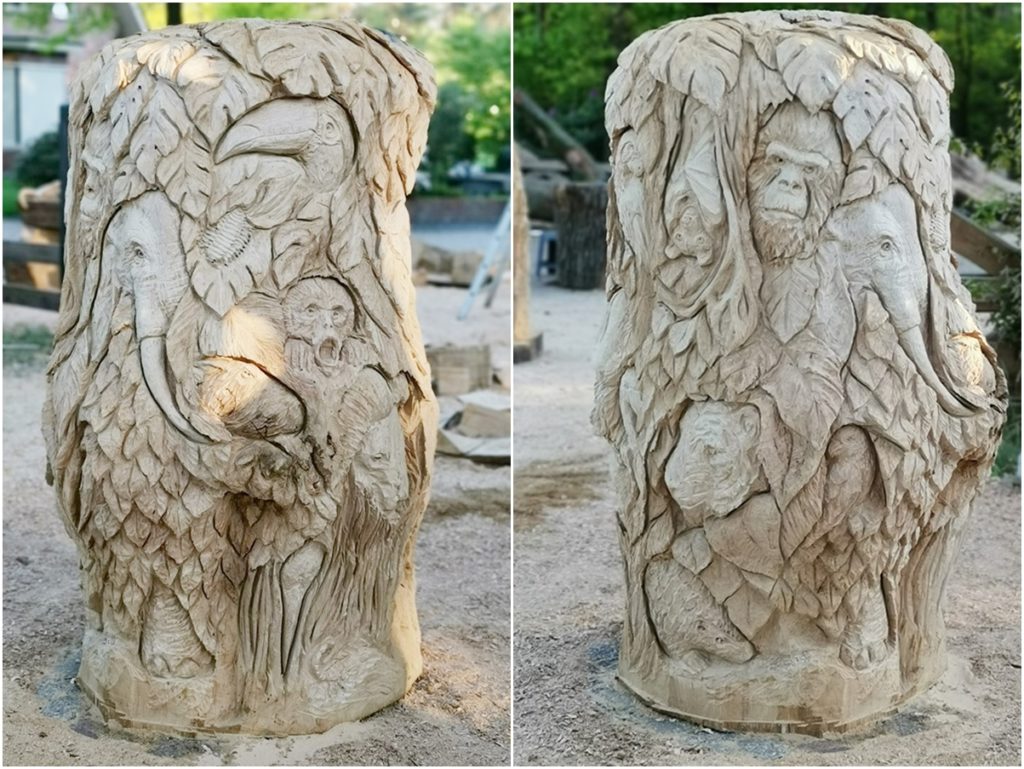 Two different angles showing the animals in the jungle throne 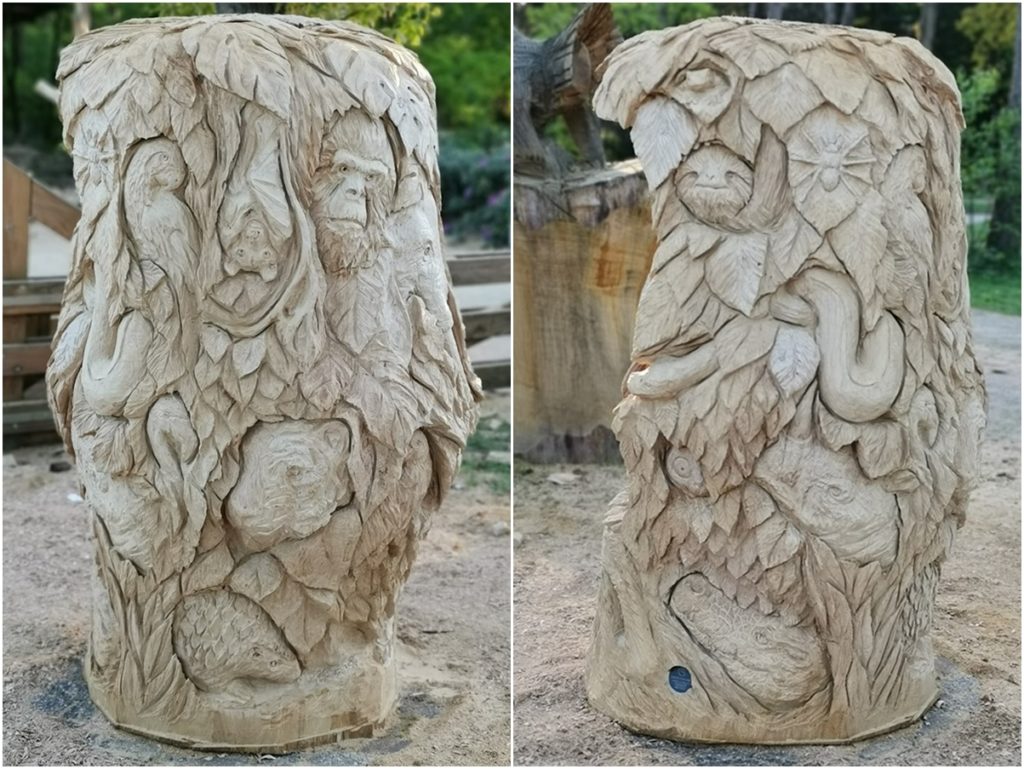 Two more angles showing the animals in the jungle seat

Creating 3d, realistic animals like this is no easy task. Simon had to find a way to create depth when the piece of wood didn’t allow for large, dramatic shapes. The effectiveness of the piece is all down to deep relief cuts to create the shapes of the animals and foliage, with much more shallow cuts and markings to create the outstanding details, such as the smile in the eyes of the sloth, or the slightly grumpy crocodile as well as the varying textures of fur, feather and scales. 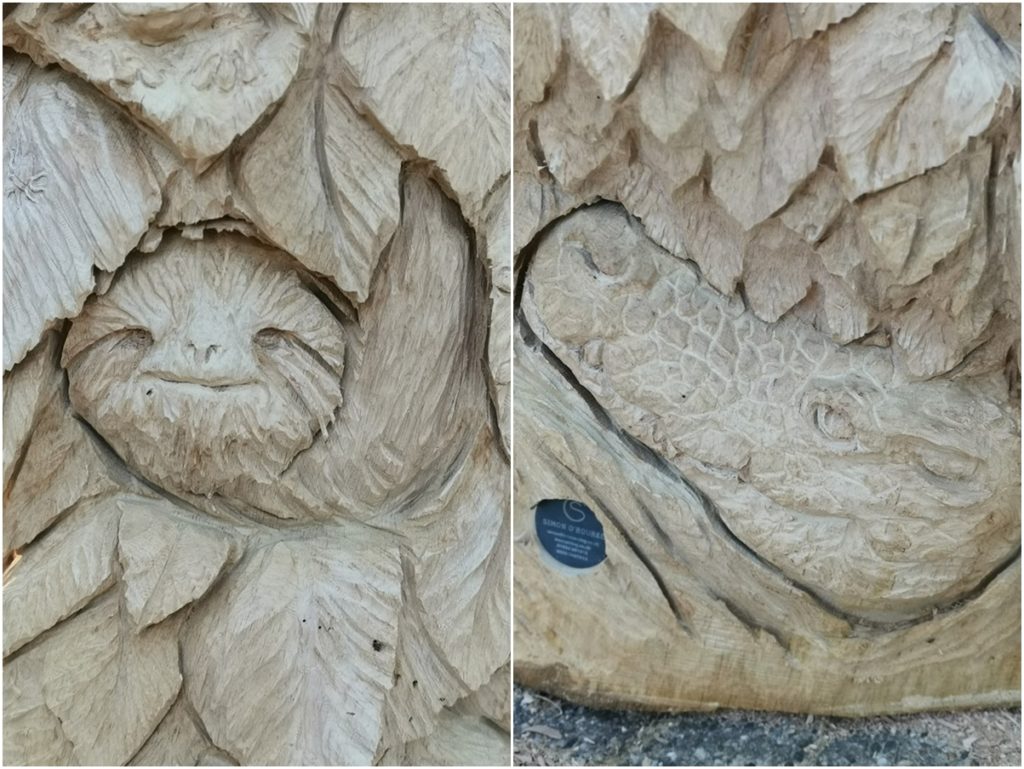 Close up of the sloth and crocodile

Much as we love them, photos of all 34 animals would be a bit much for one blog post. Why don’t you take a look at them here and let us know your favourite? You can also watch this video (posted below for those who can see it) to see Simon’s own thoughts about the seat too!

Simon is available for events around the world. If you would like to invite him to your tree carving event, contact [email protected]

Spirit of Ecstasy: Recreating an Icon